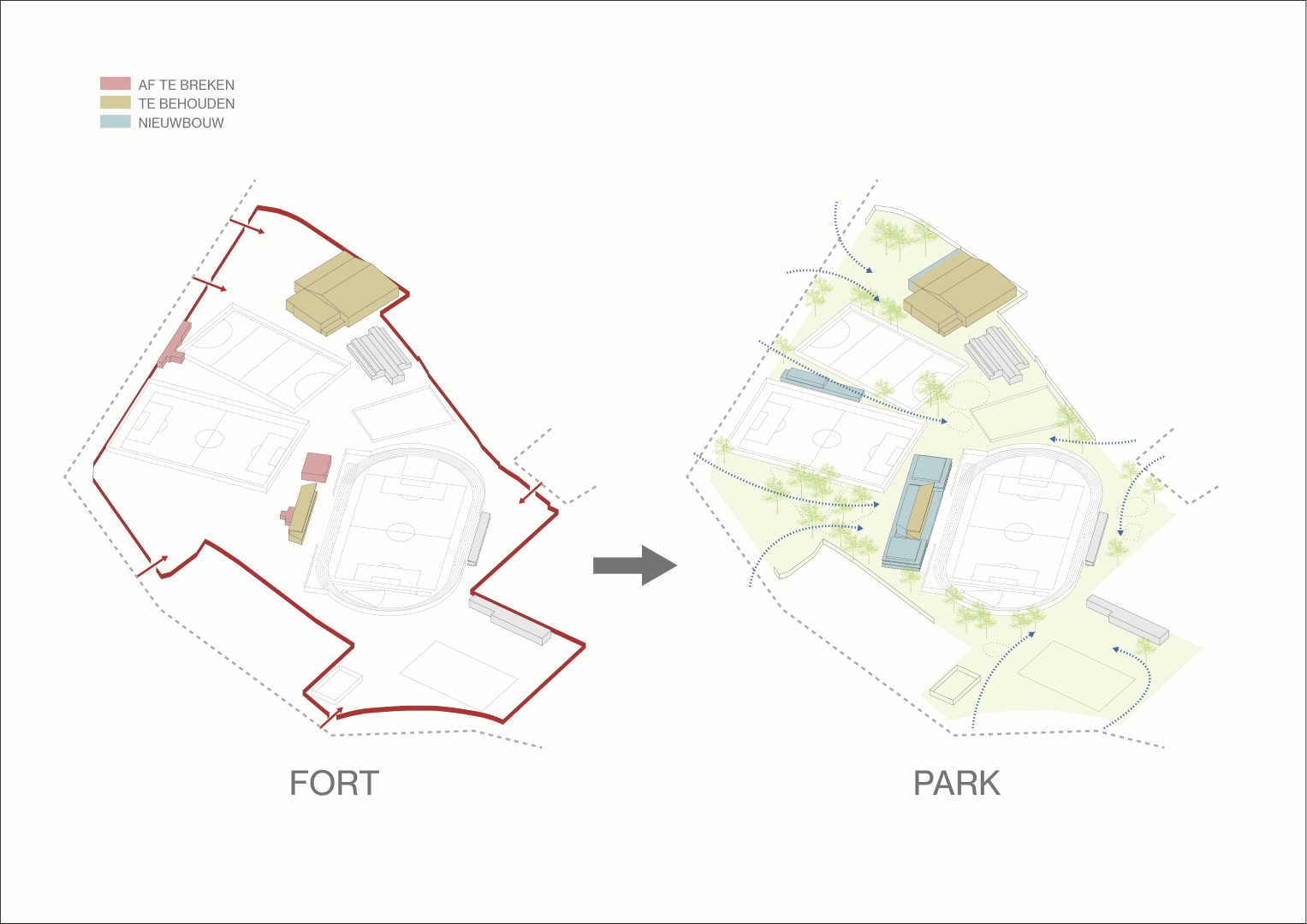 The new master plan is based on a cross-fertilization between park and sport, strenghtening the identity for the different user groups. 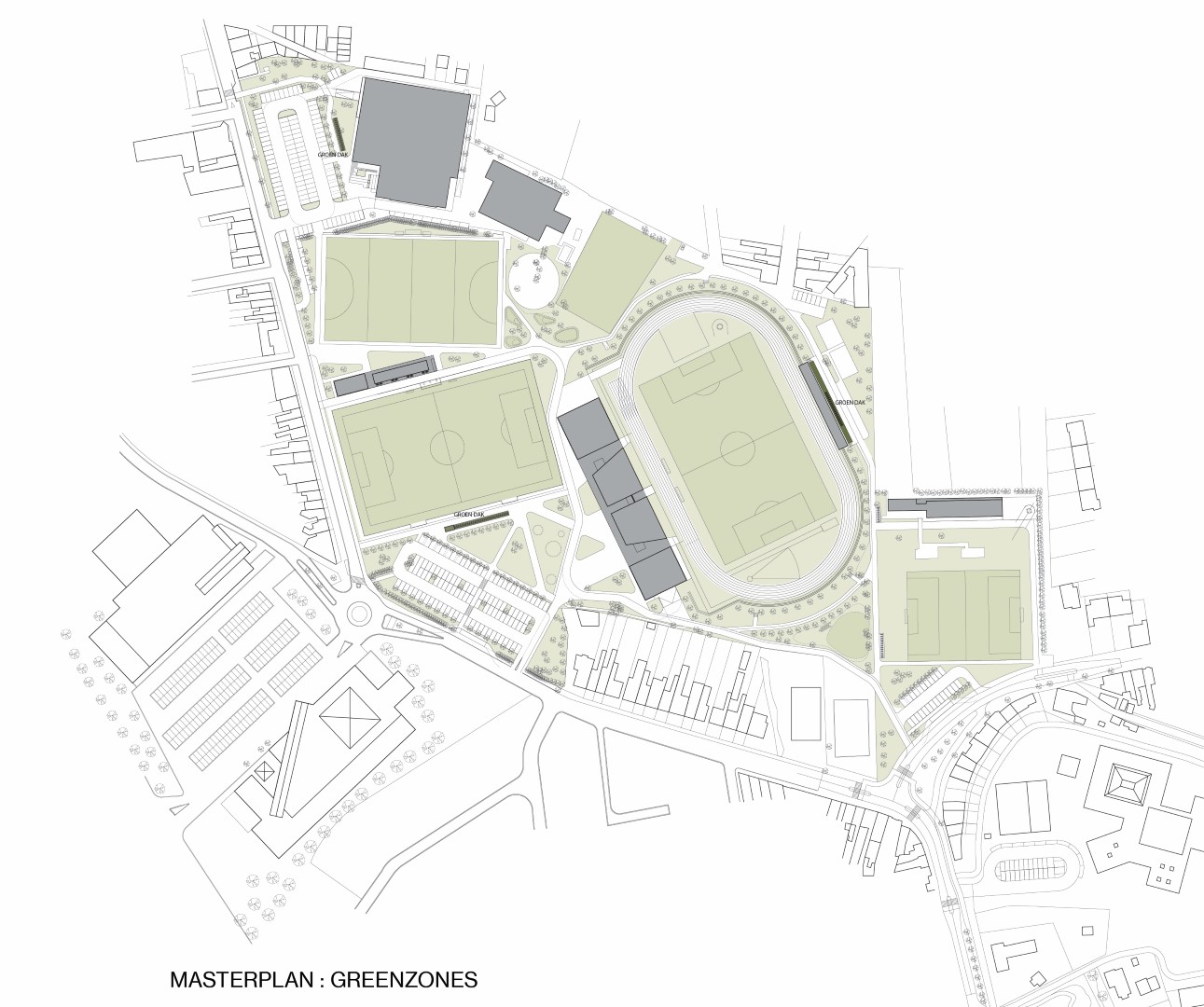 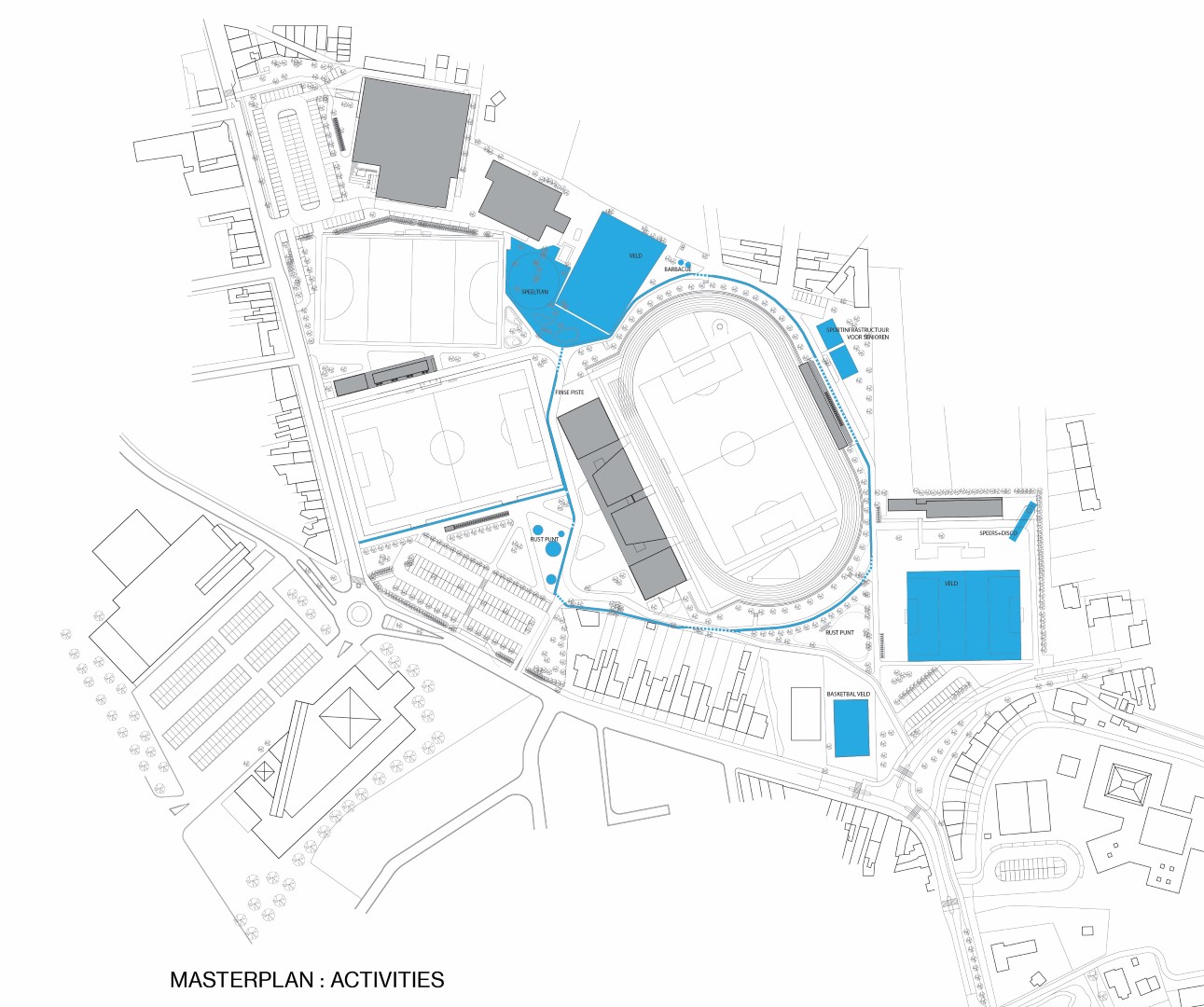 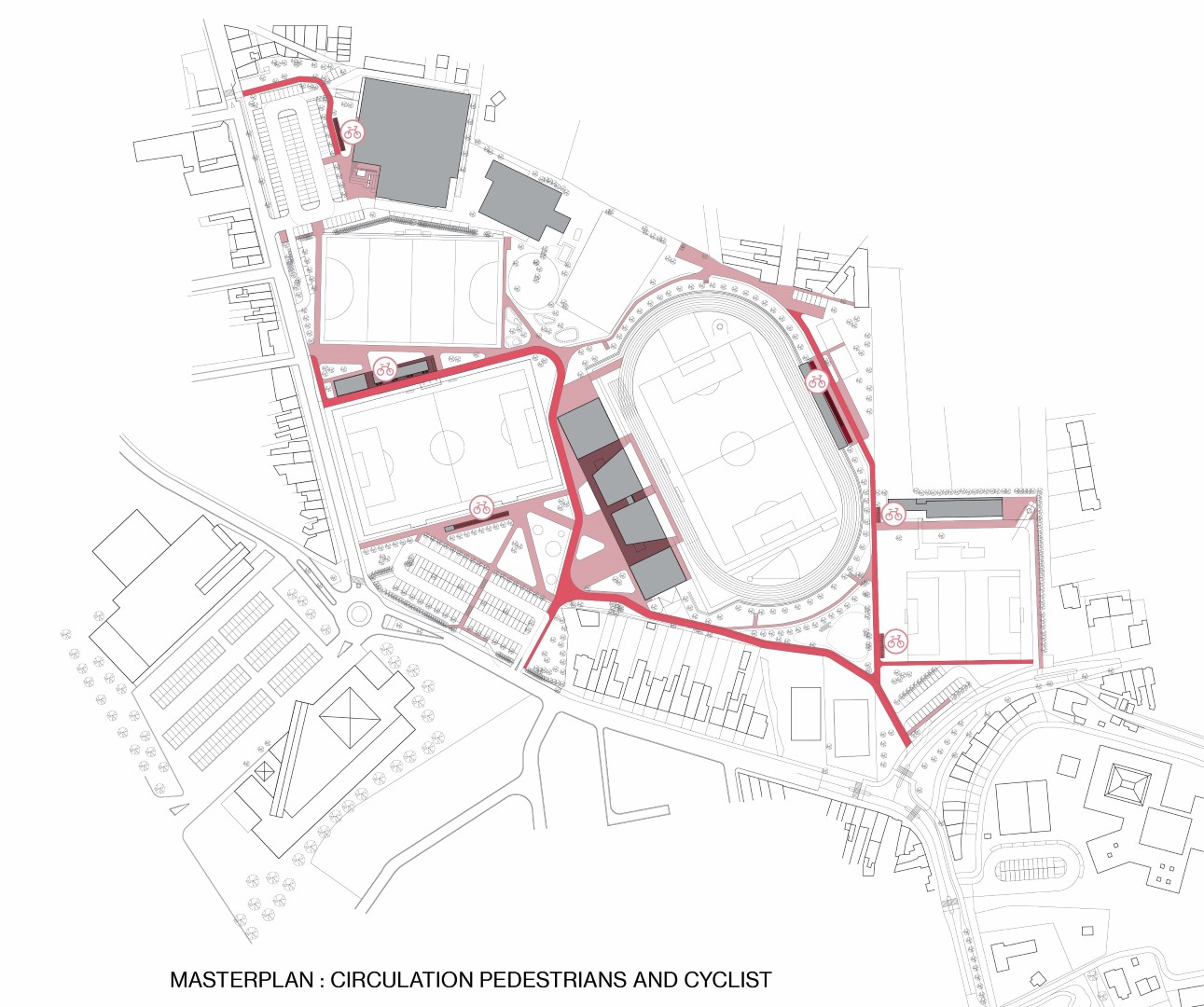 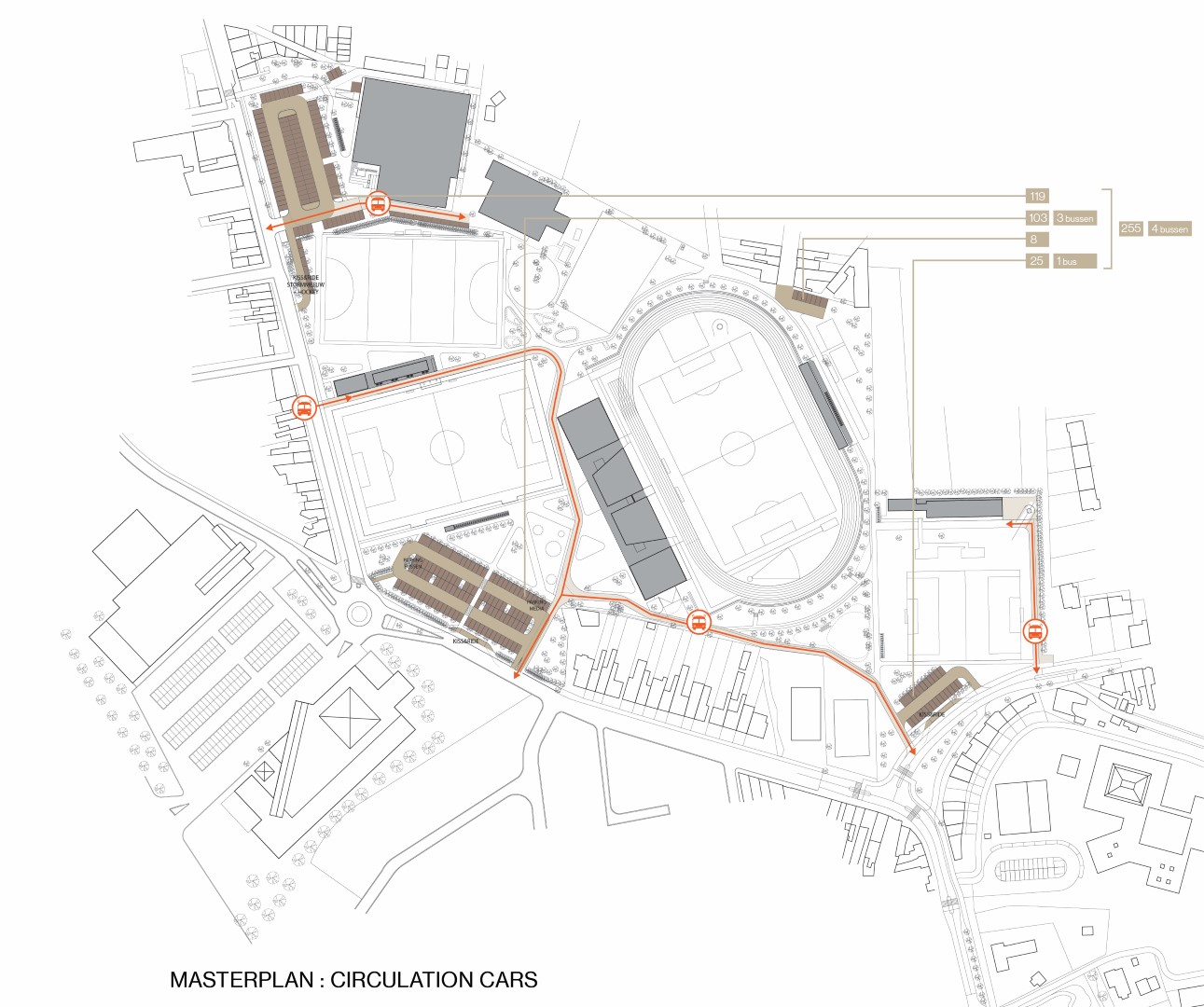 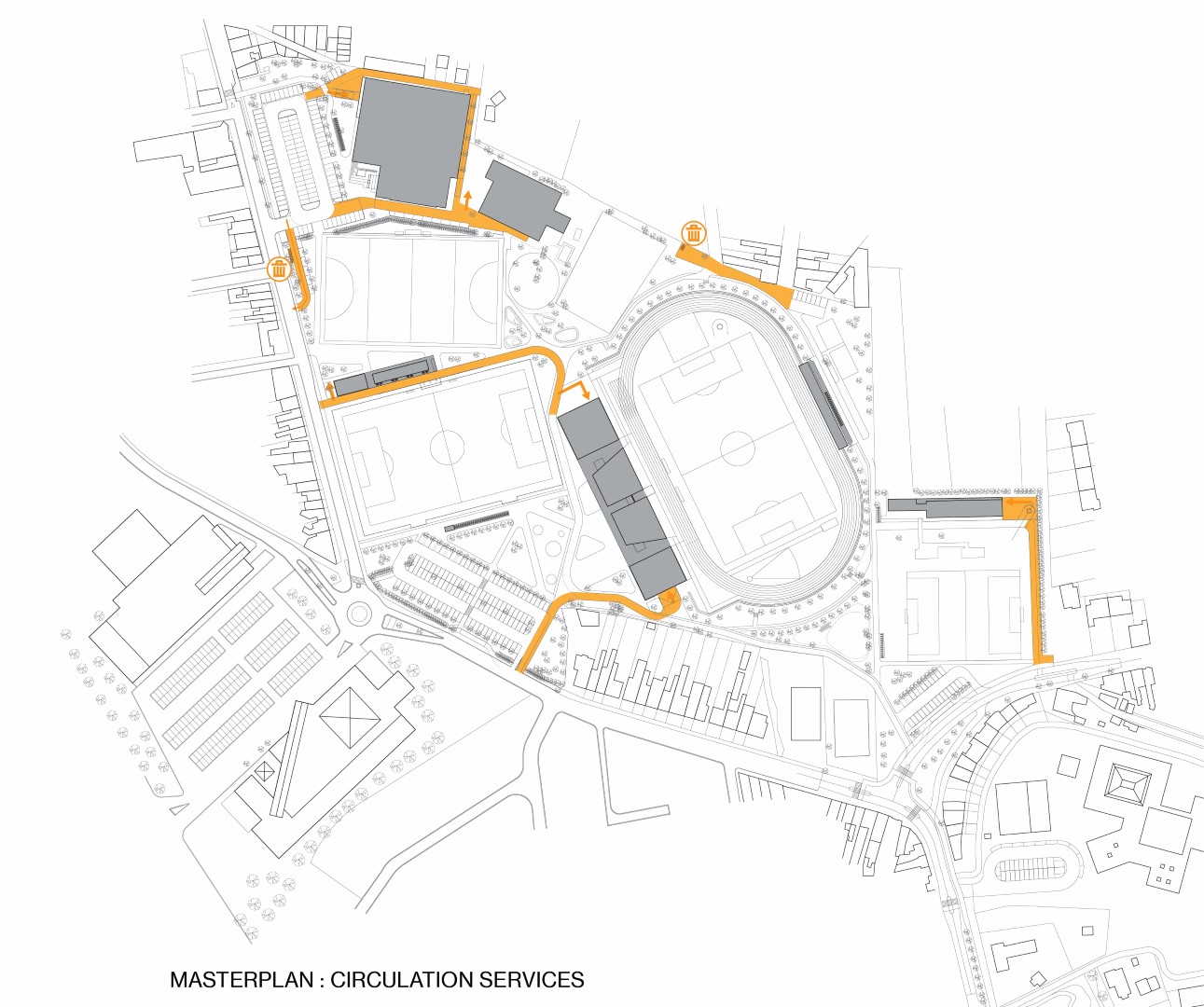 Instead of a fort, the new plan opens up to the neighbourhood to create a 24/7 active playground for sporters, residents or visitors. 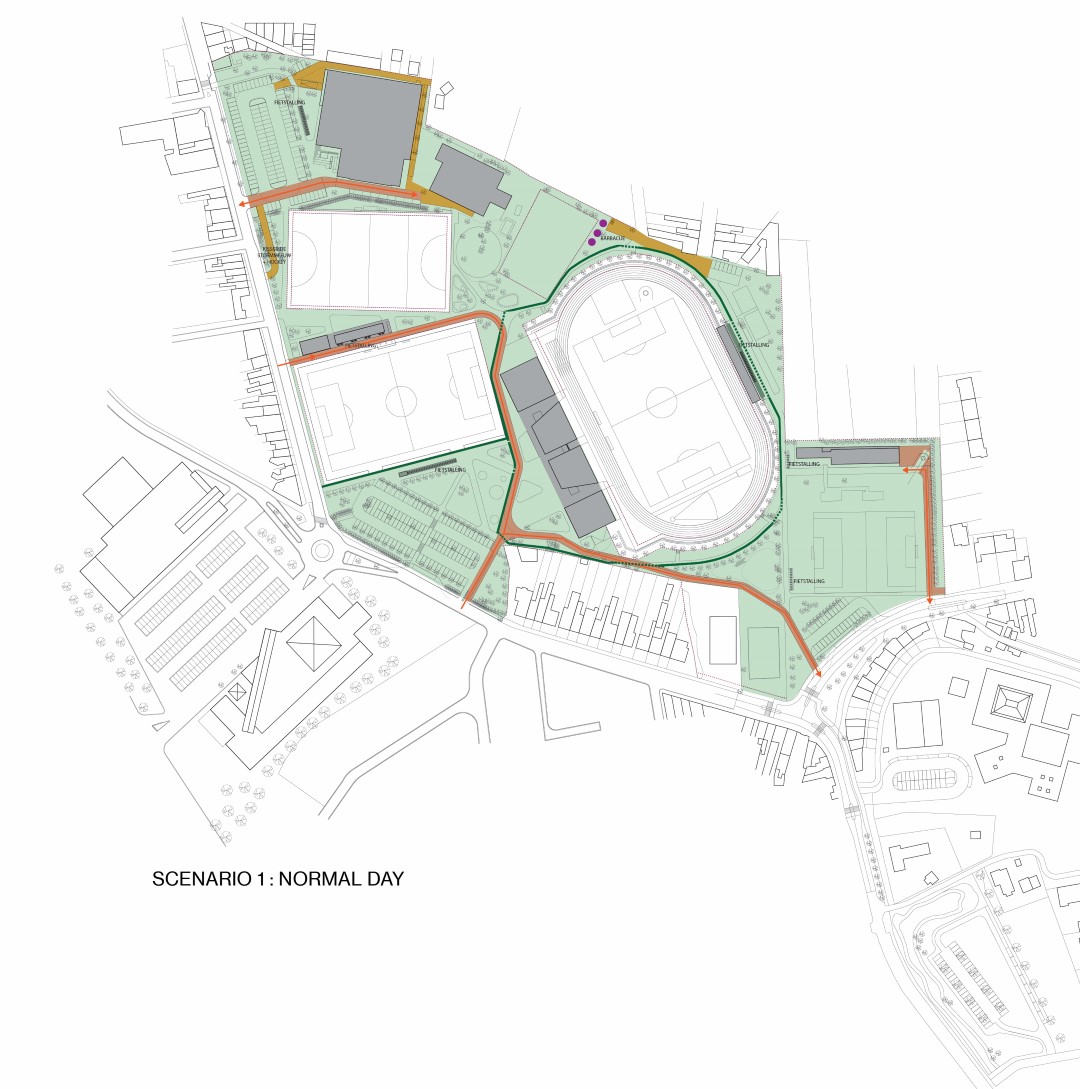 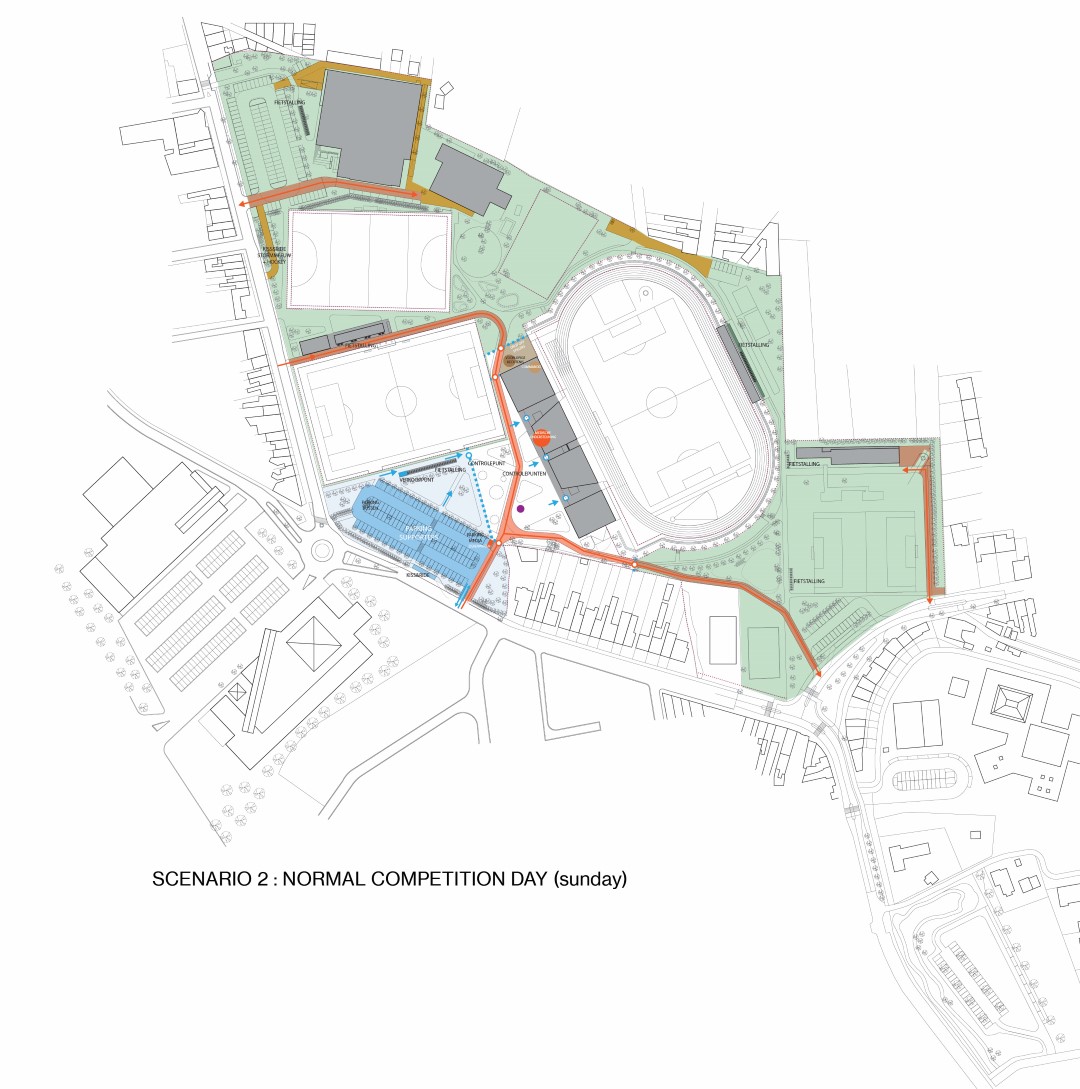 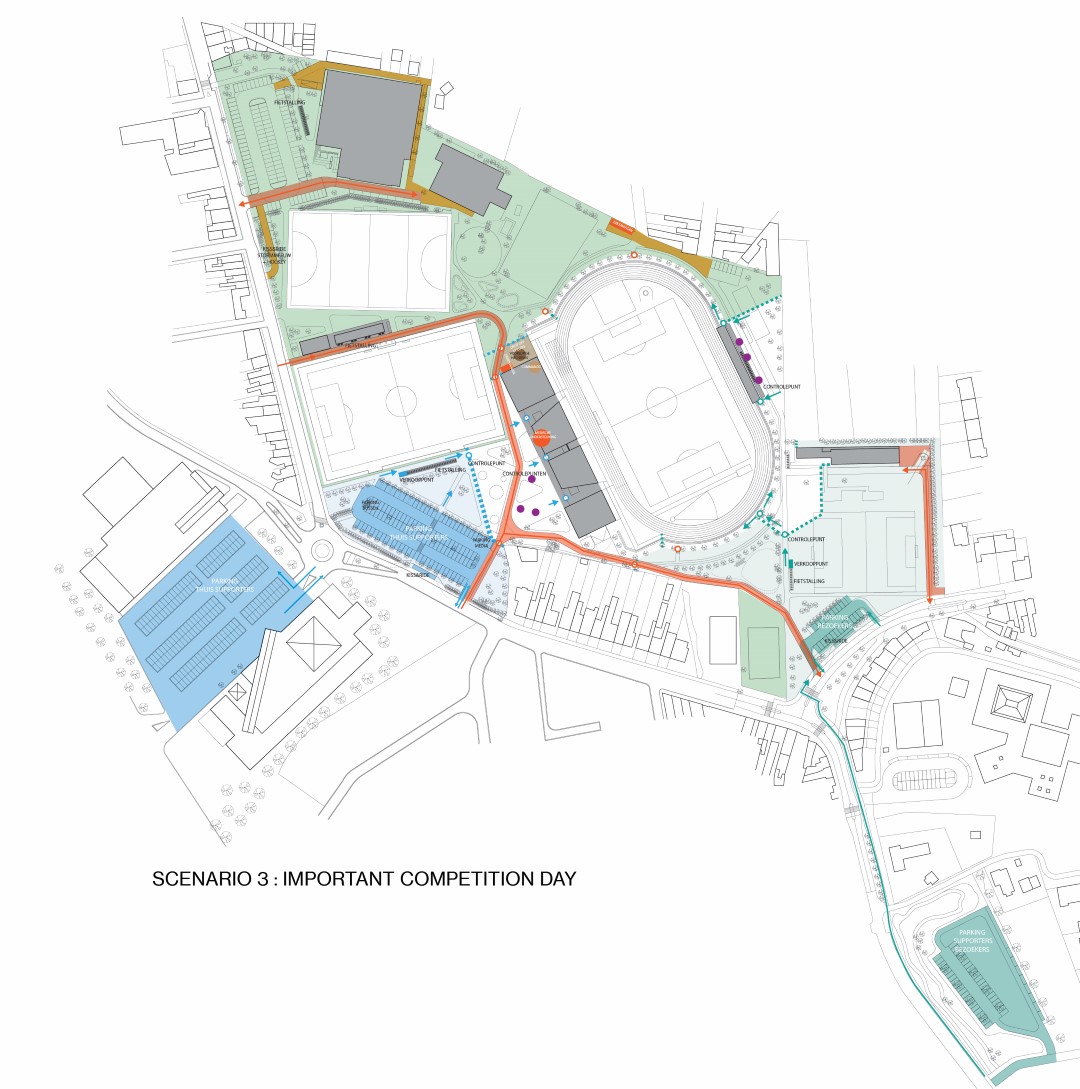 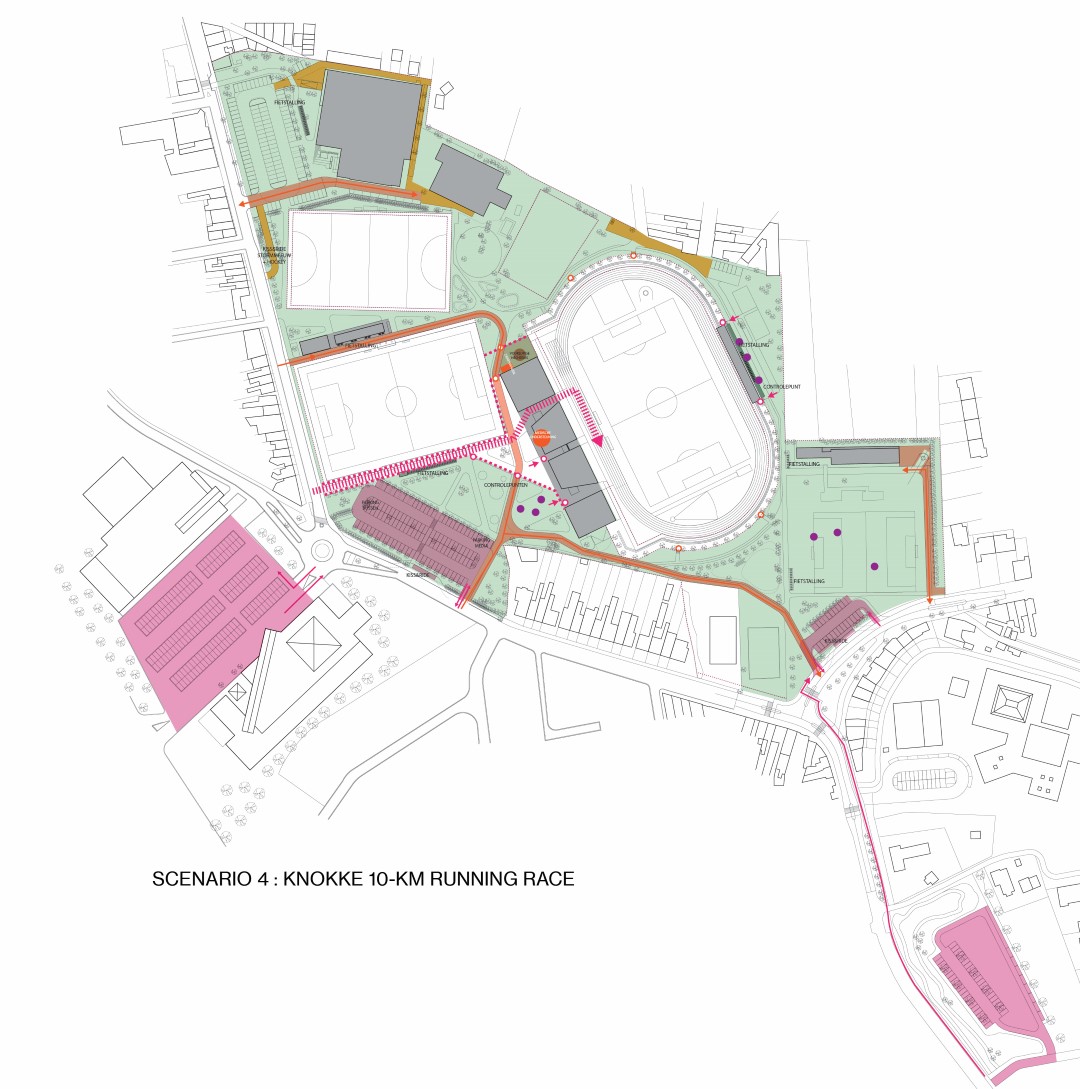 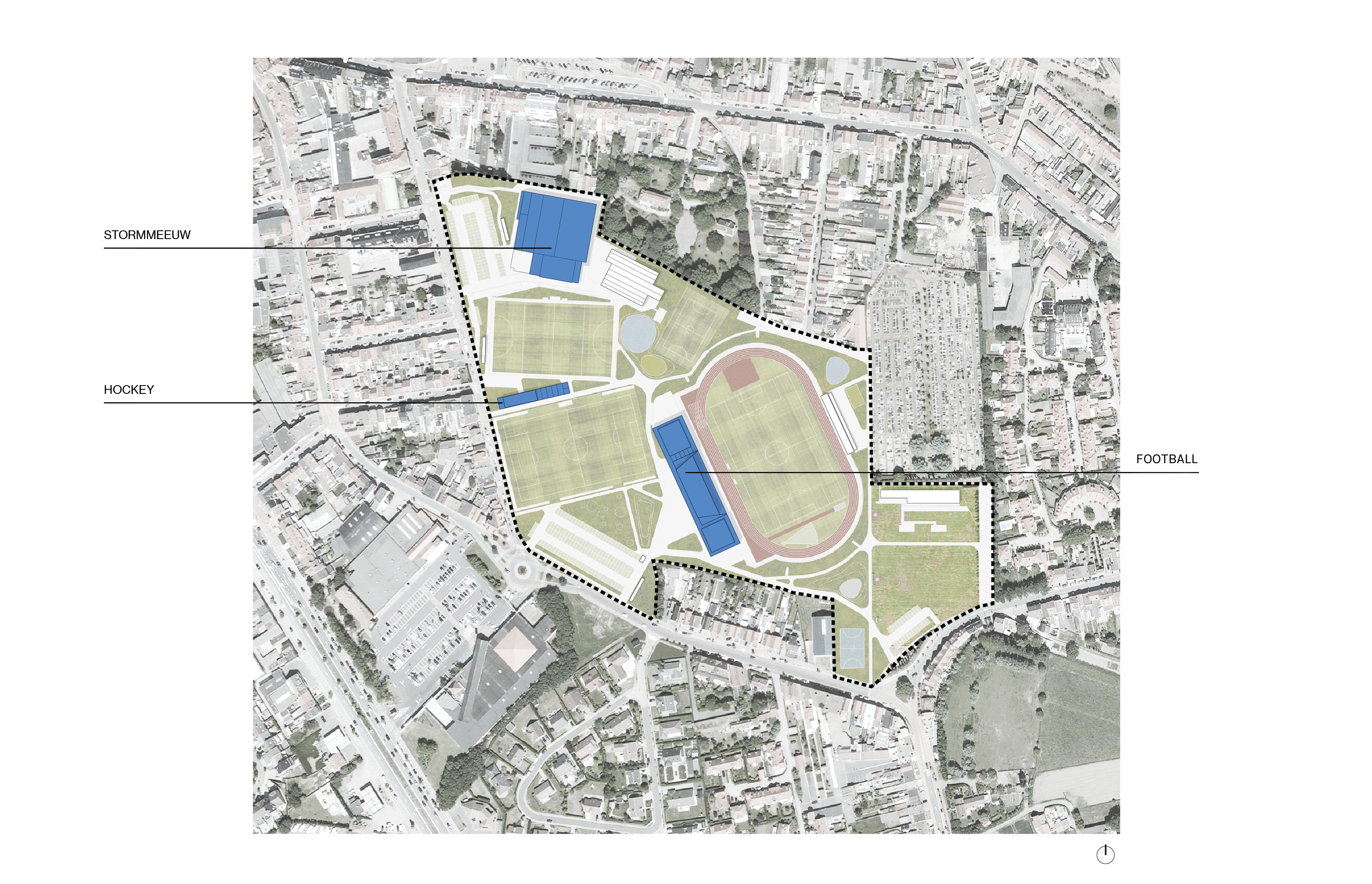 We preserve the existing tribune infrastructure and build the new facilities around it. The new soccer stadium has a public decklevel on top of the field related program. The program is organized behind a structural steel grid thats creates a strong and uniform architecture. 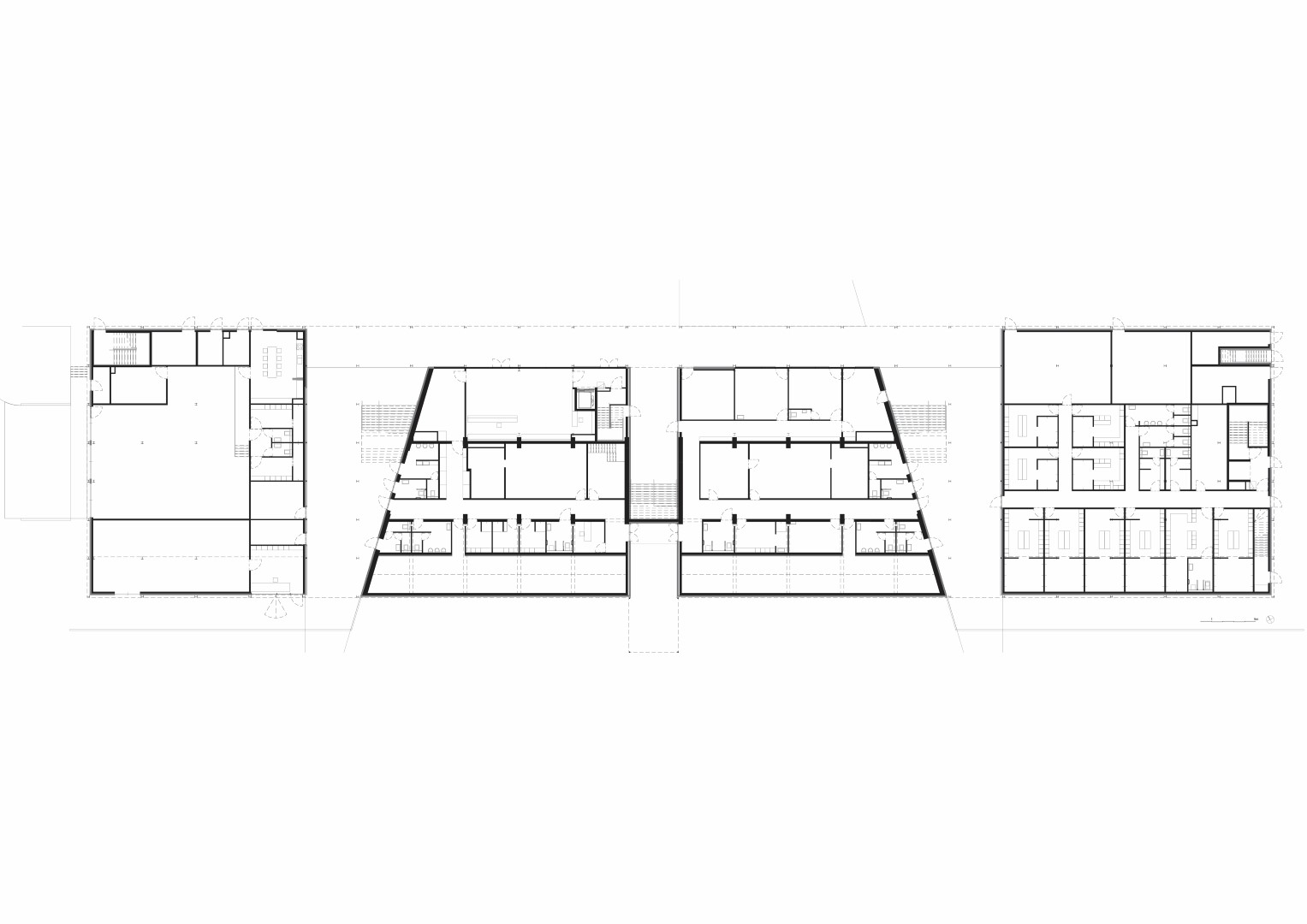 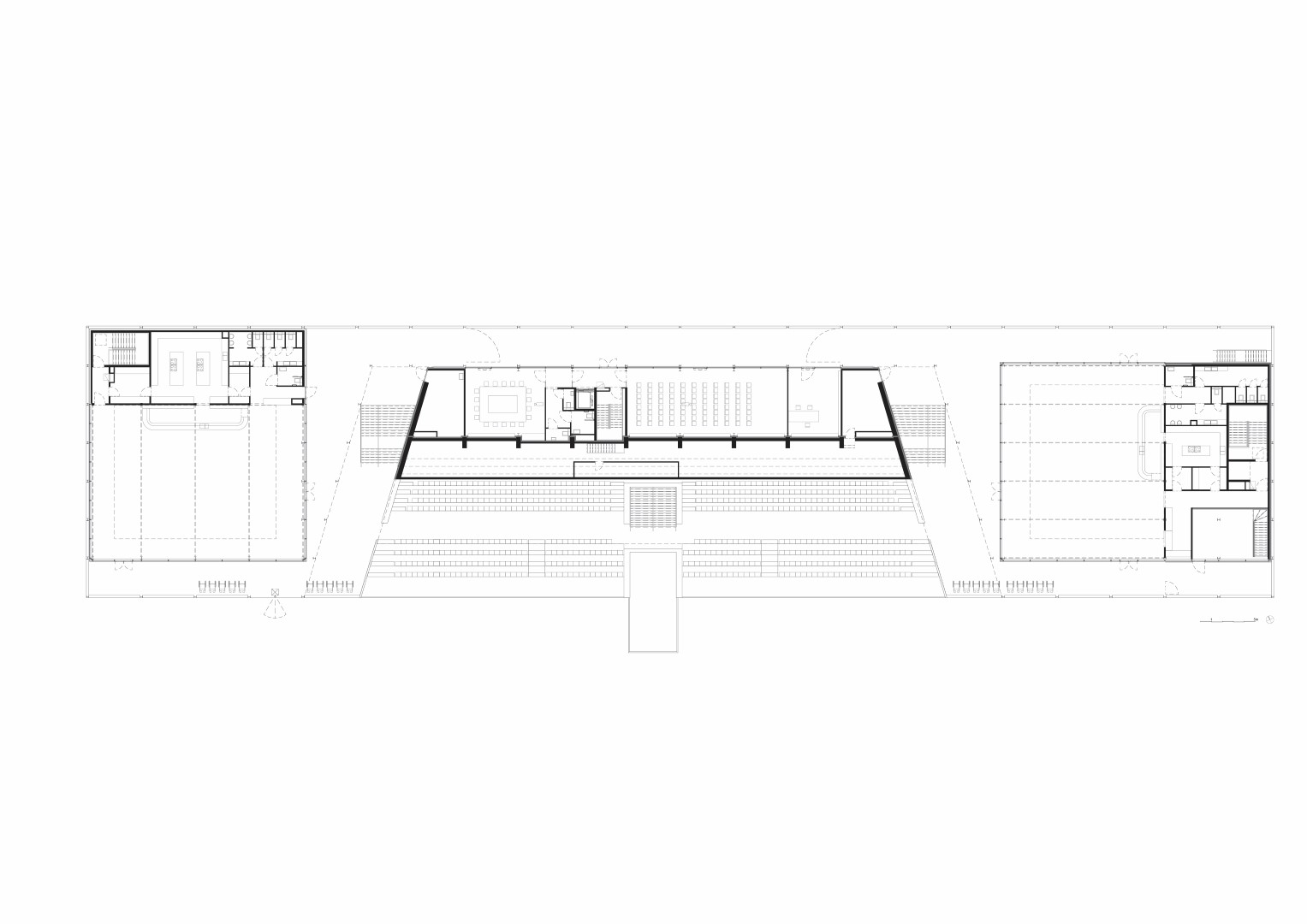 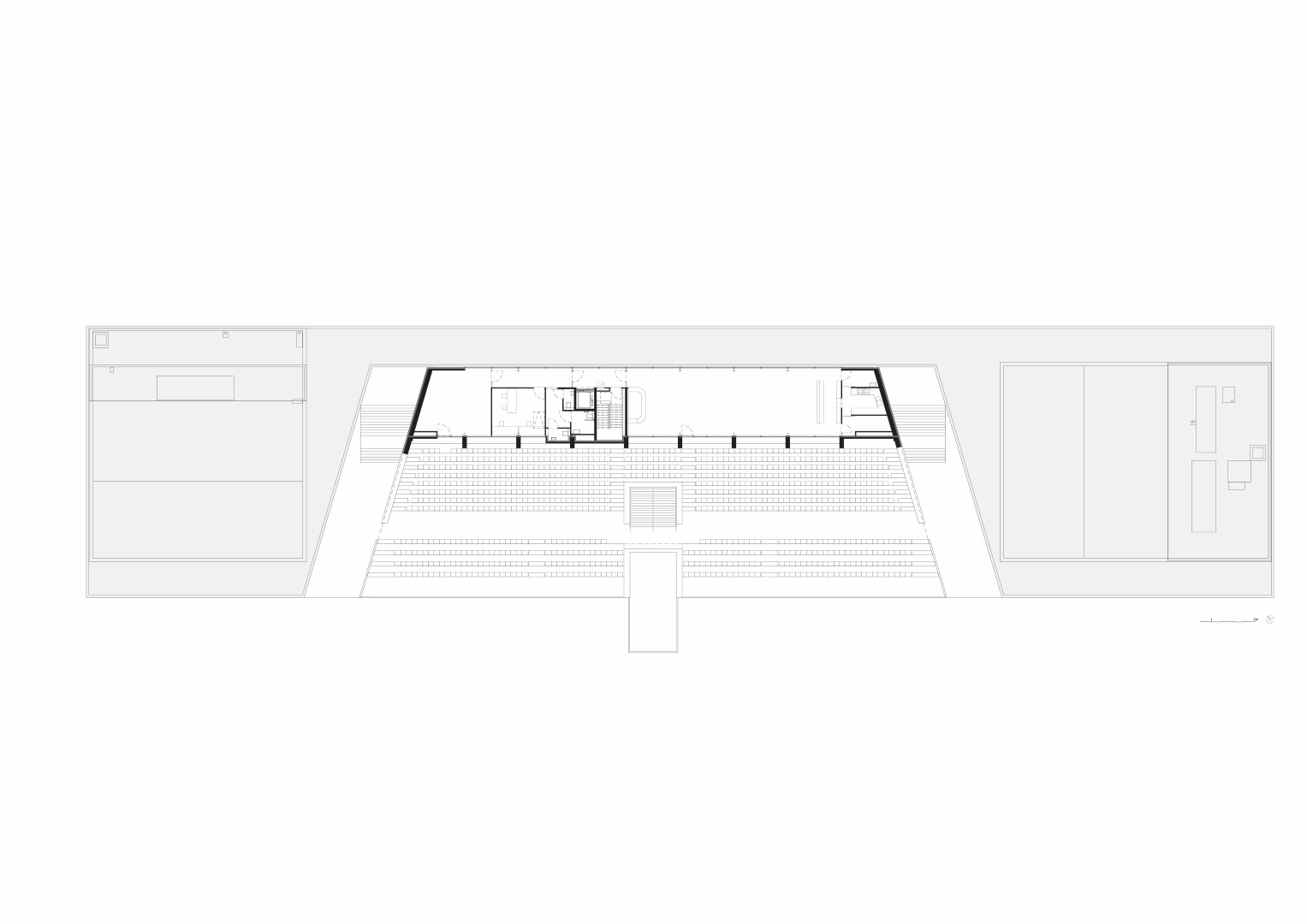 The aim for the new soccer infrastructure was to design a building that could host the new functions and convey the sense of belonging in the general with the ambition and intentions of the park.

Two volumes for services and wet areas are placed in both sides of the existing tribune in direct connection to the field in-between volumes. The public deck on top is for a larger part a covered exterior terrace but is always in direct relation with the main activity program.

The building is able to host a variety of atmospheres, orientation, views and gradients of privacy, maintaining flexibility and leaving options for polyvalent use available. As such it complements with the ambitious activity and identity of the club. 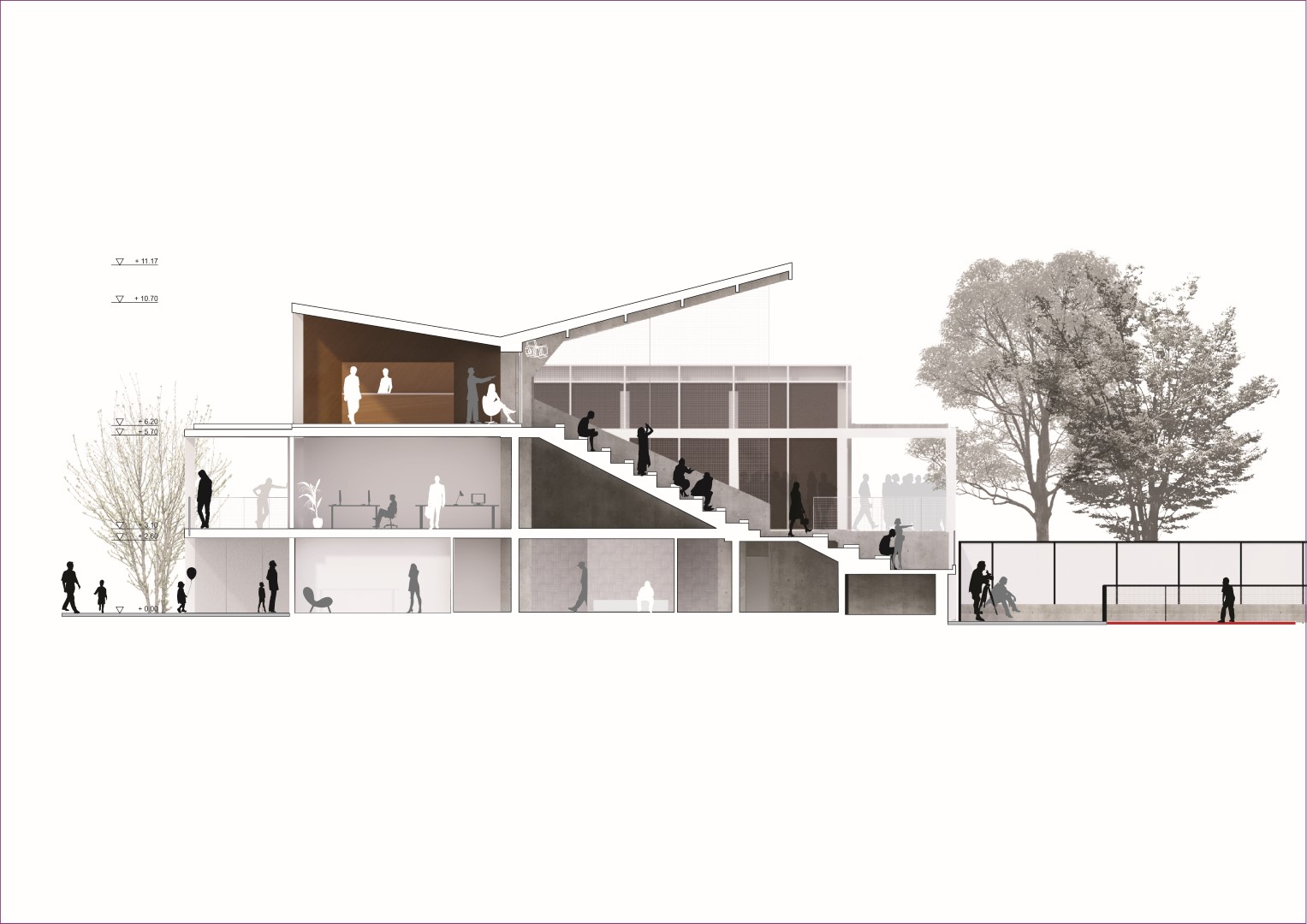 The timeless character of the architecture nested in the heart of the sportpark enhances the livability, flexibility and dynamism of the masterplan in general performing as a true catalyst.

The new hockey clubhouse is centrally positioned overlooking both fields from the terrace to enjoy the action in the best place possible.

After analysing the demands of the Hockey Club, the design proposal consists of the demolition of the existing facilities to develop a new building that would create a better relation between the park and the city. The new location will liberate the street inviting people into the park through a new physical and visual permeability. The parallel position according to the field maximizes the functionality and provides a perfect location of the canteen and the terrace for the spectators. 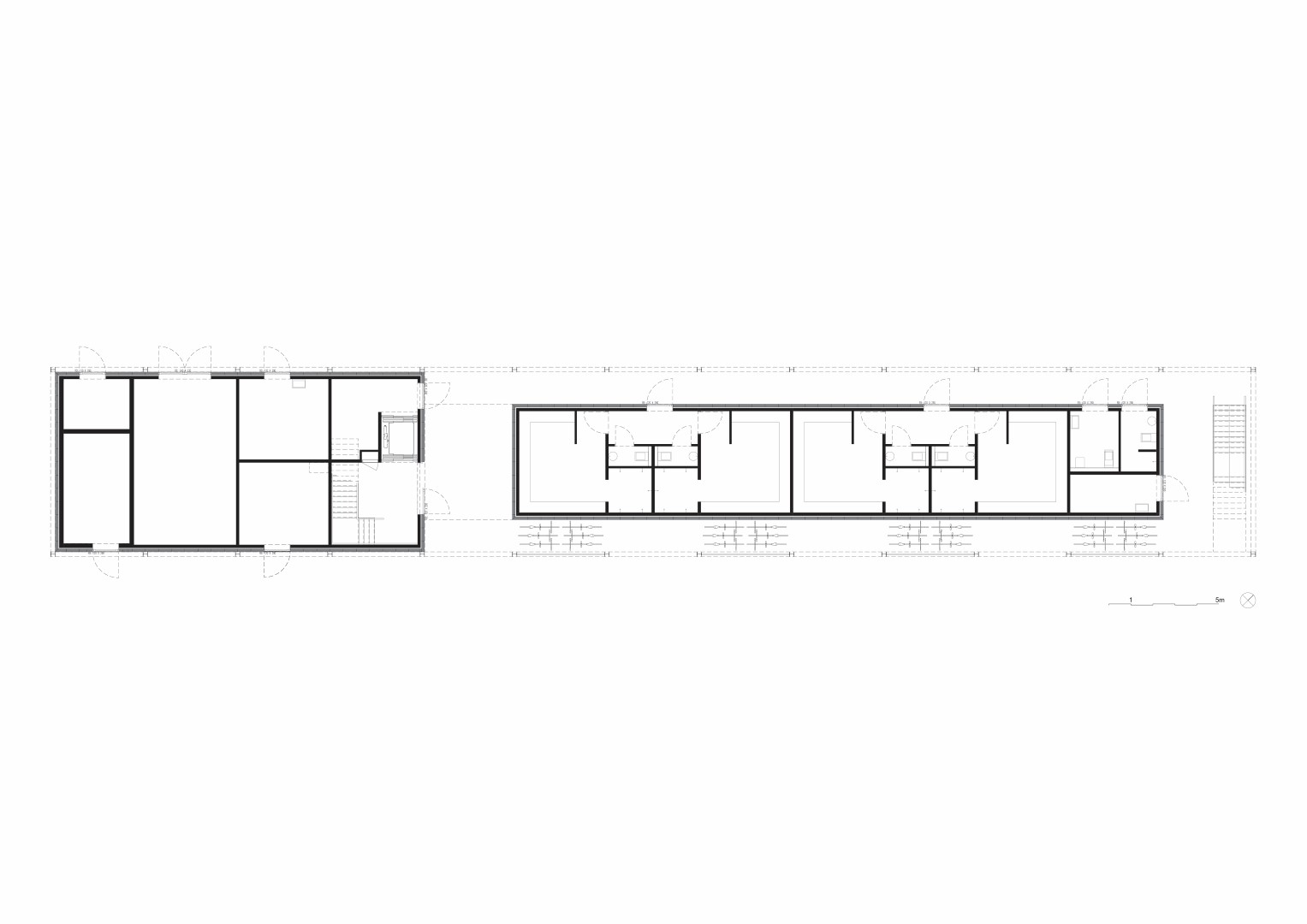 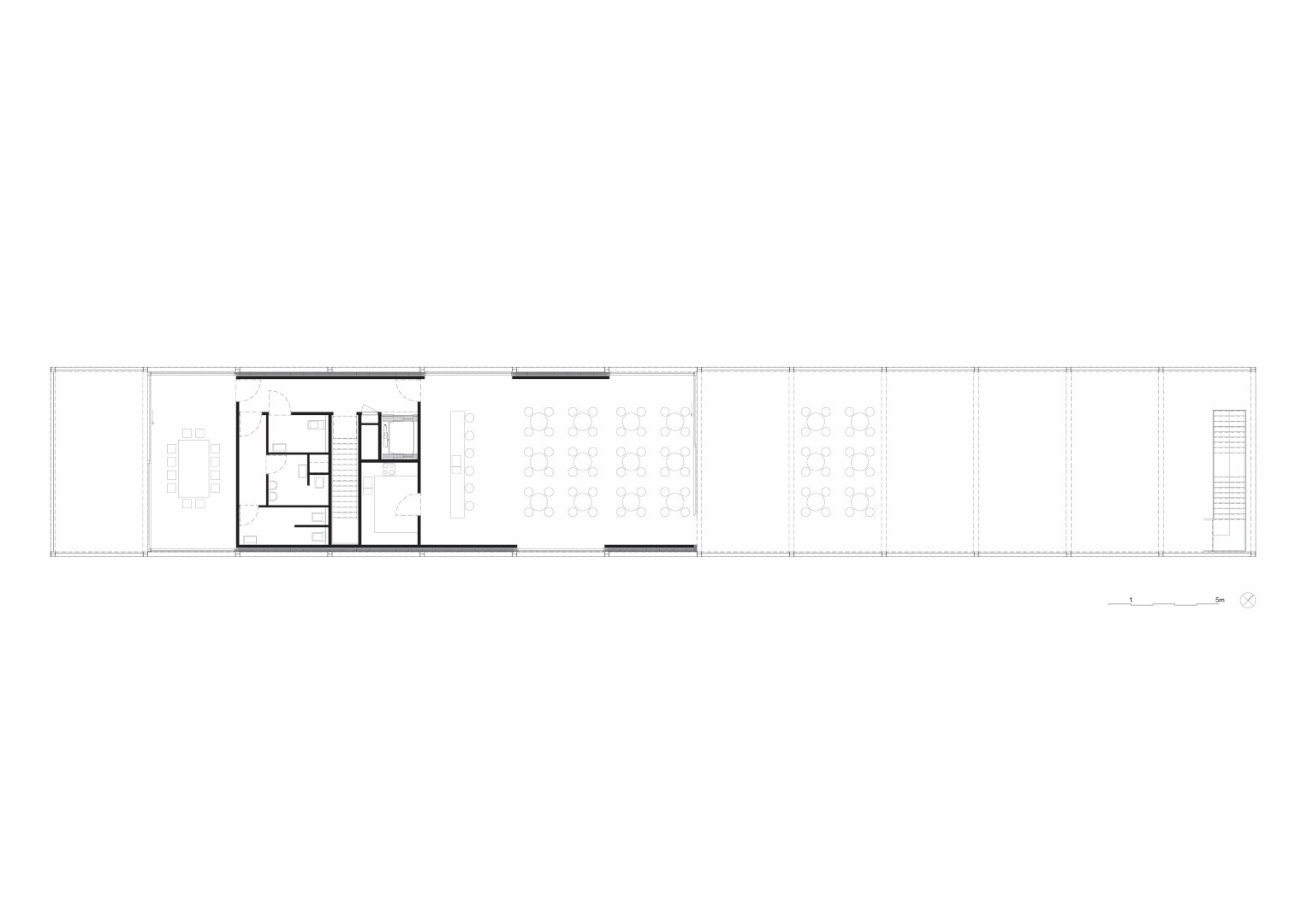