The symbiosis between nature and land had to be addressed in the new maritime and science center in Tungevågen. We impose to create a duality between staying humble enough towards the environment and current urban fabric, and to develop a new landmark with a distinctive architecture in the Randaberg area. A landmark in such a way that it becomes a place that invites people to explore, wander, interact and educate themselves and each other, but doesn’t alienate with the landscape and without disparaging the existing buildings such as the lighthouse.

In the Randaberg landscape we position points of interest through a network of paths, where one of the elements on that necklace includes the volumes of the Maritime and science center. From the newly built parking infrastructure where people arrive, visitors are triggered by a volumetric teaser followed by different smaller volumes along the marina where one could capture specific weather conditions shaped as smaller cabins. Without a specific order the maritime center as a point of interest is working coherent with the lighthouse volumes and nearby agricultural buildings and boathouses. 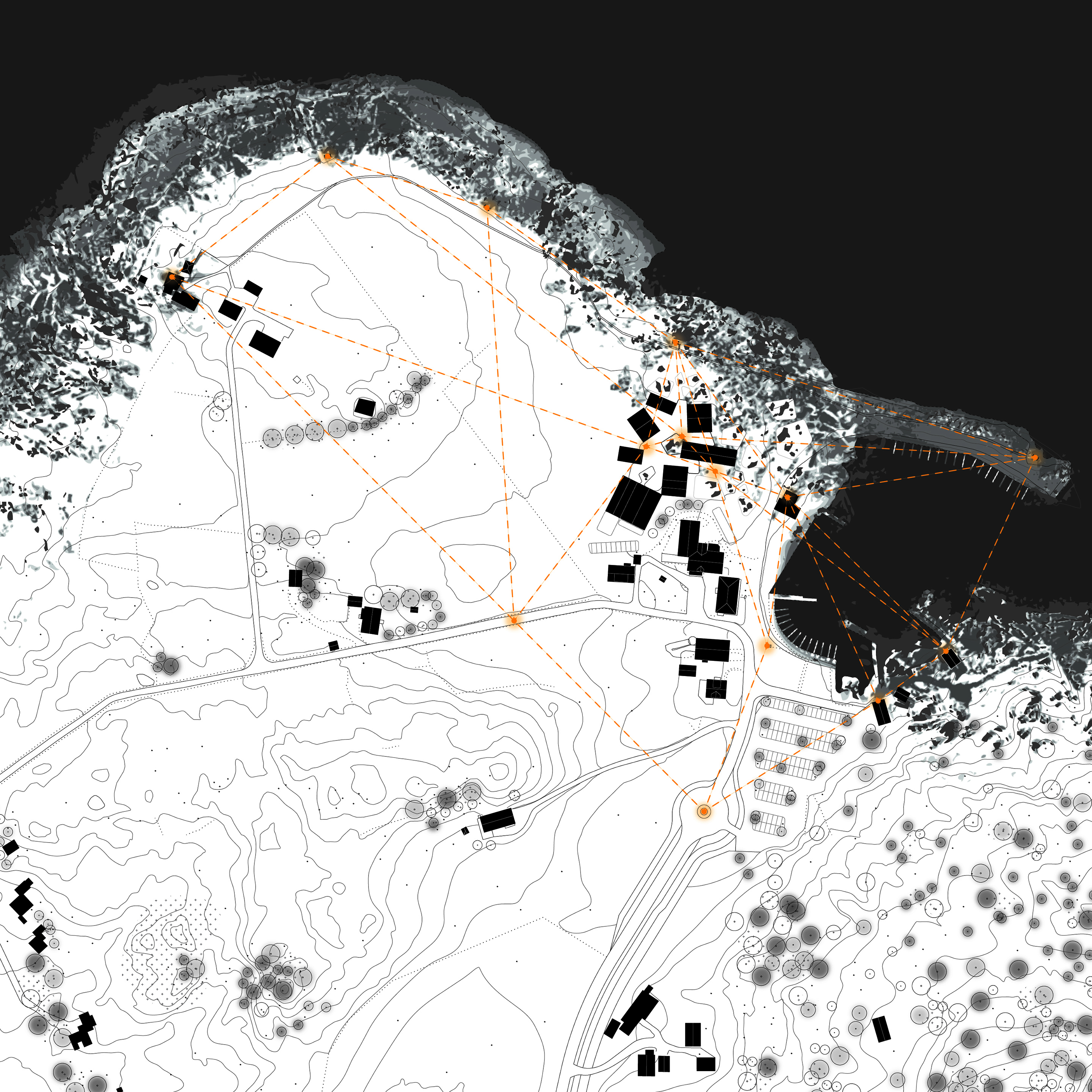 The transition between sea and land is made physical through a series of open spaces where knowledge about aquaculture and maritime industry meets.

The open space we consider to be an essential part of the landscape that wades through the building like a meandering river of interactive spaces. 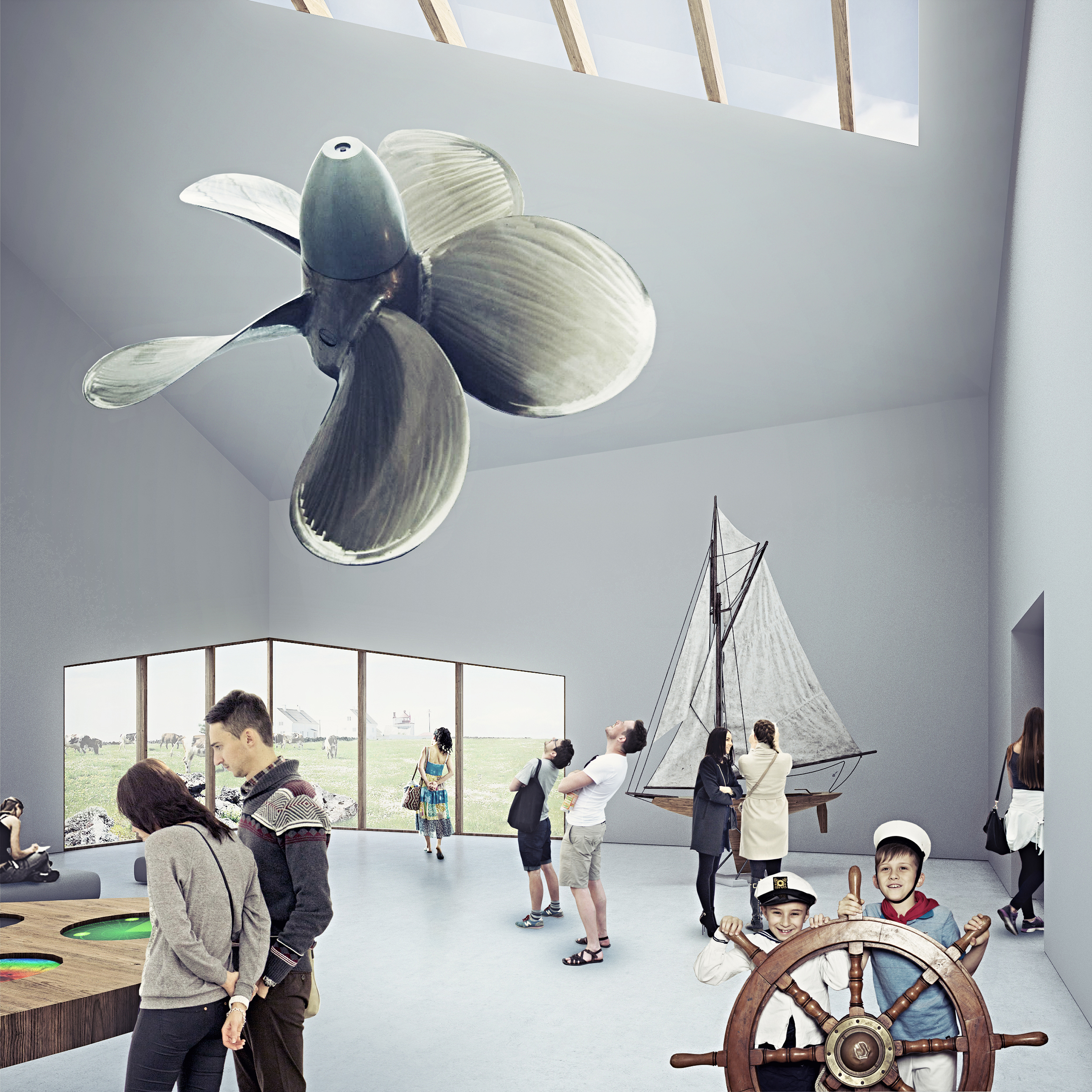 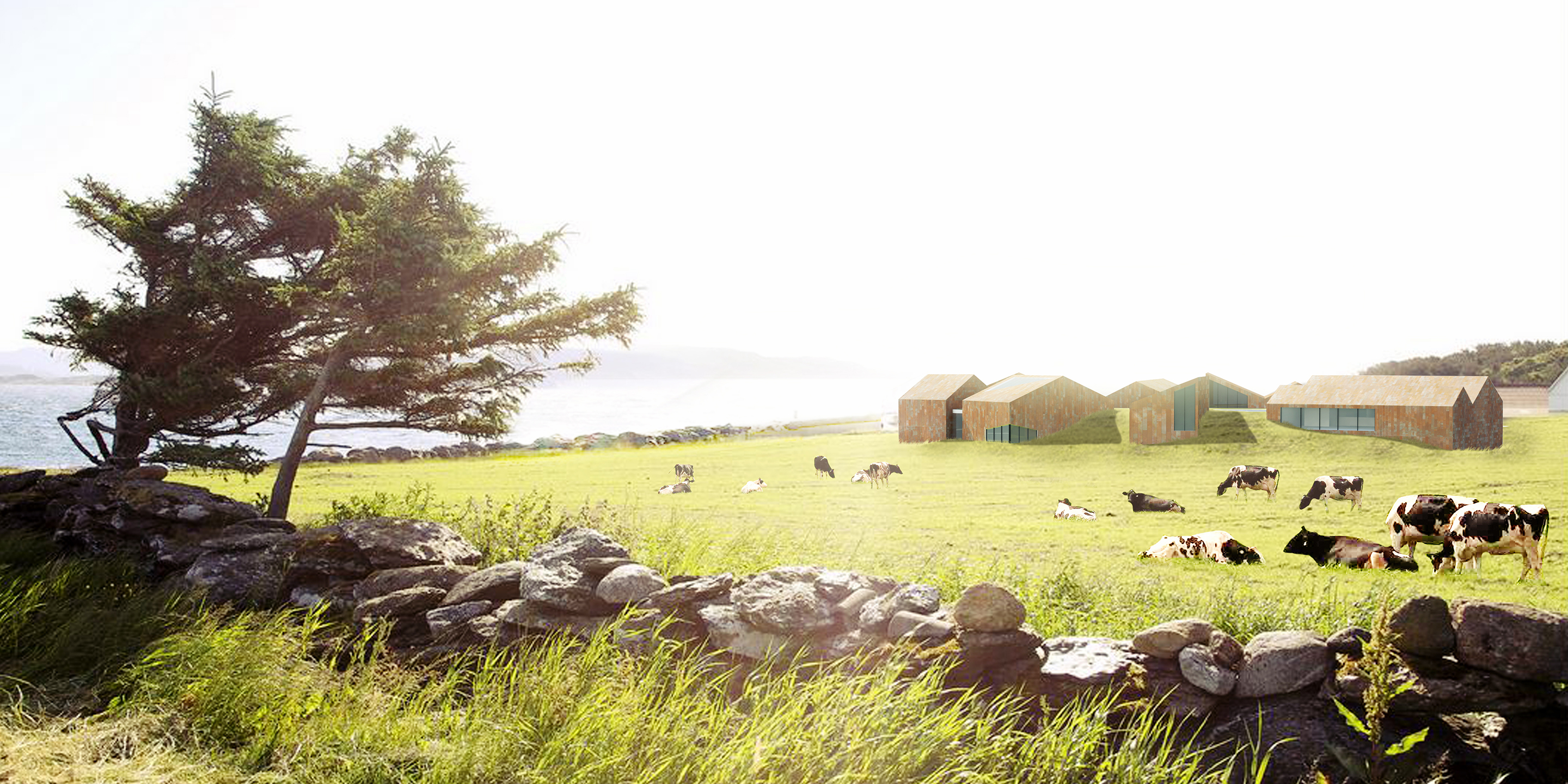 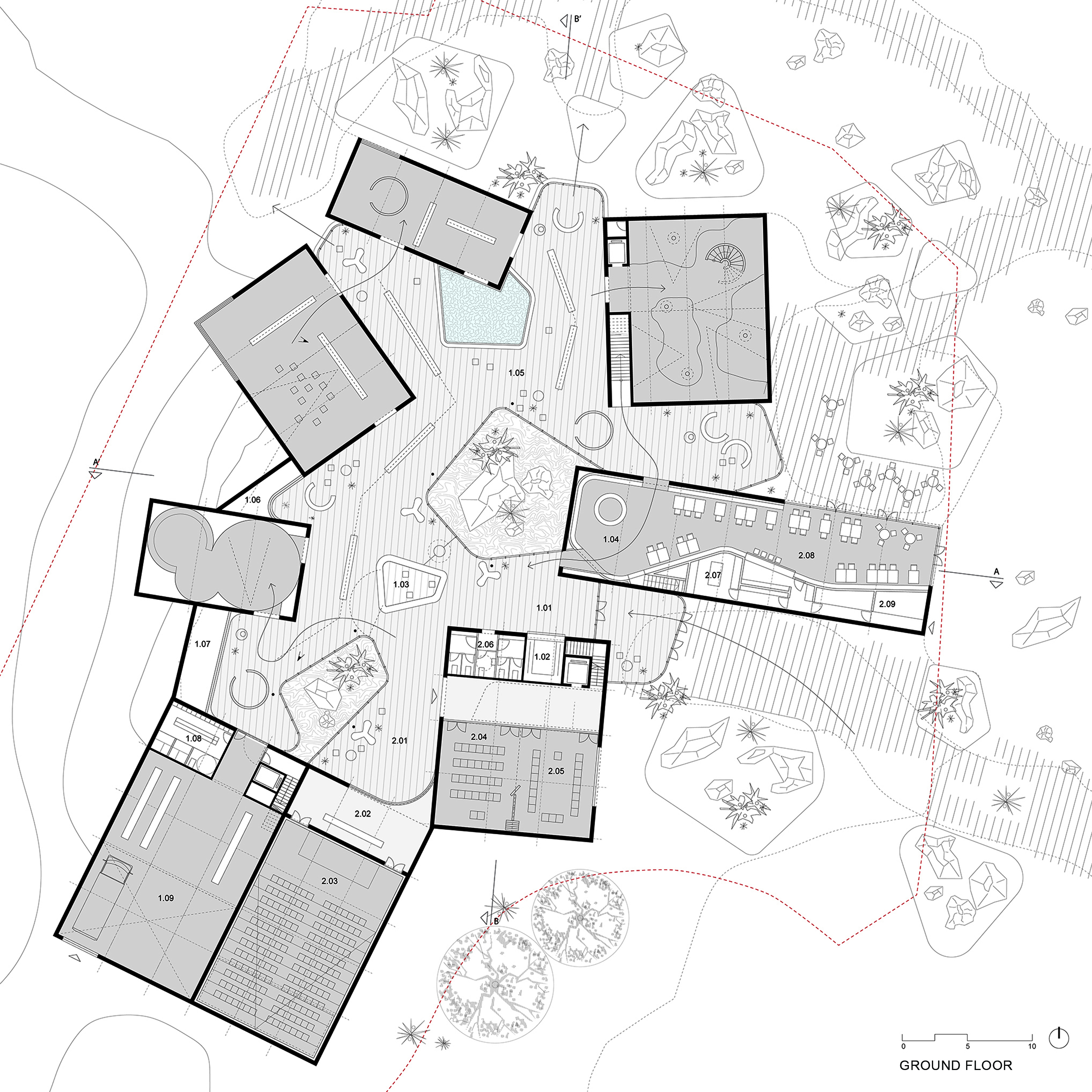 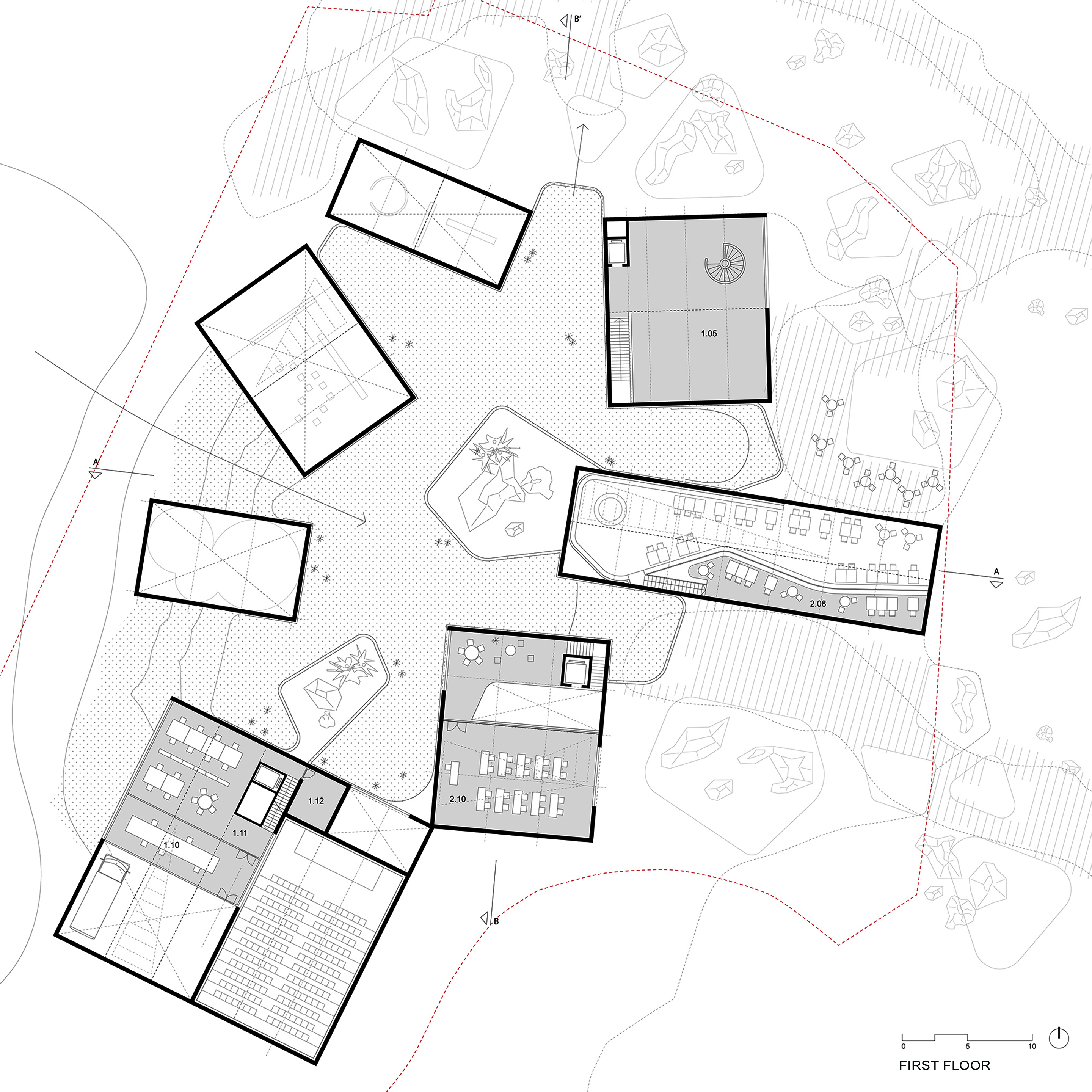 The ground floor is covered by an accessible green roof with carefully positioned patio’s that function as space dividers, light catchers and fragmental representations of the coherence between sea, land and Norwegian nature.