The advertisement and public relations office Cayman is placed on the site of graphic group Vanden Broele. It is situated on the corner of the allotment and is connected to the public road network. While all the other buildings in the factory area are rather low on volume, the new building was built with premises in height. It has by its contrast a structuring effect on its immediate surroundings. The different functions (photo studio, offices, lounge, etc.) are housed in a compact way. The different levels have only mutual contact trough an interior and exterior stairway system. This allows the floors to function independently. The ability to use the building in a flexible way is particularly high. 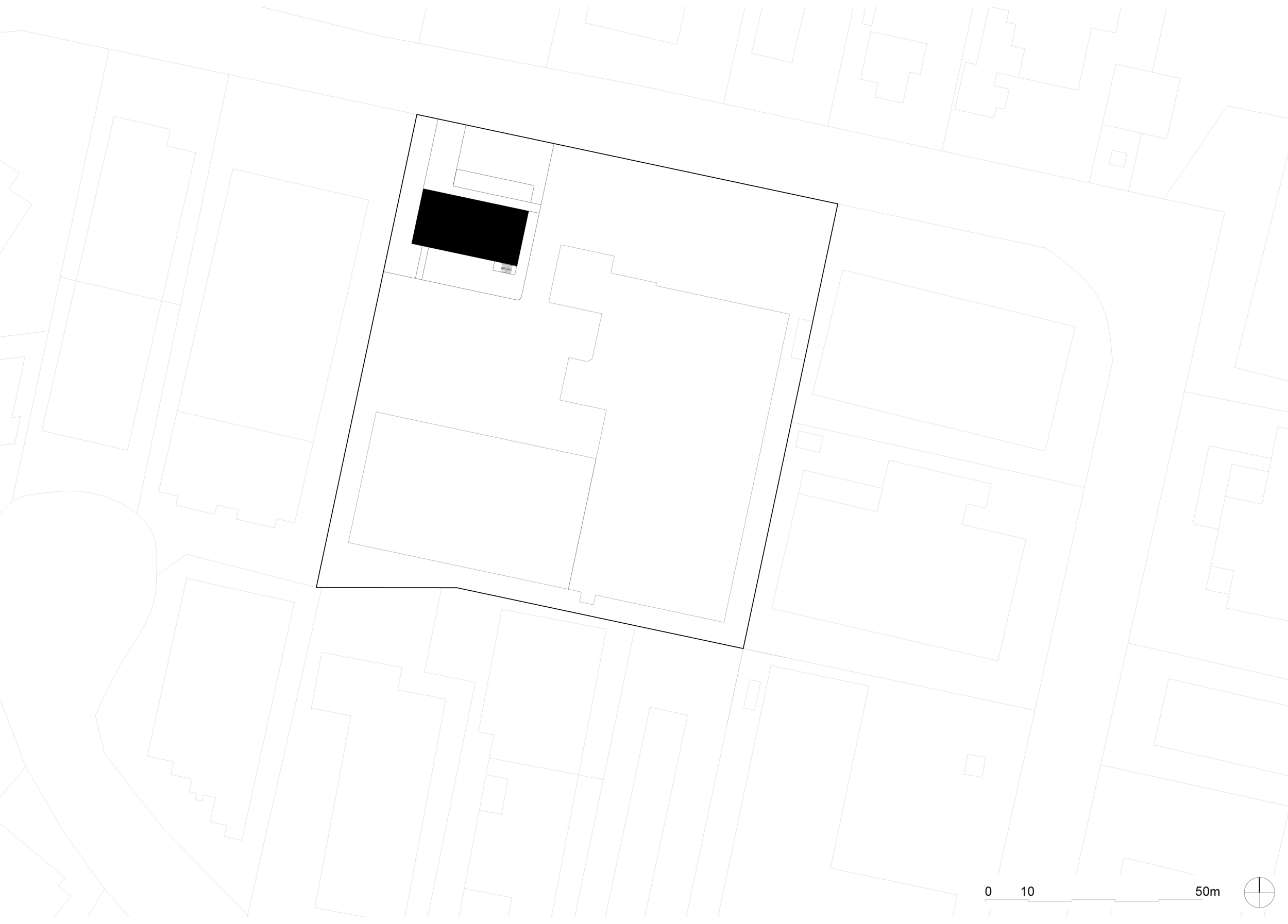 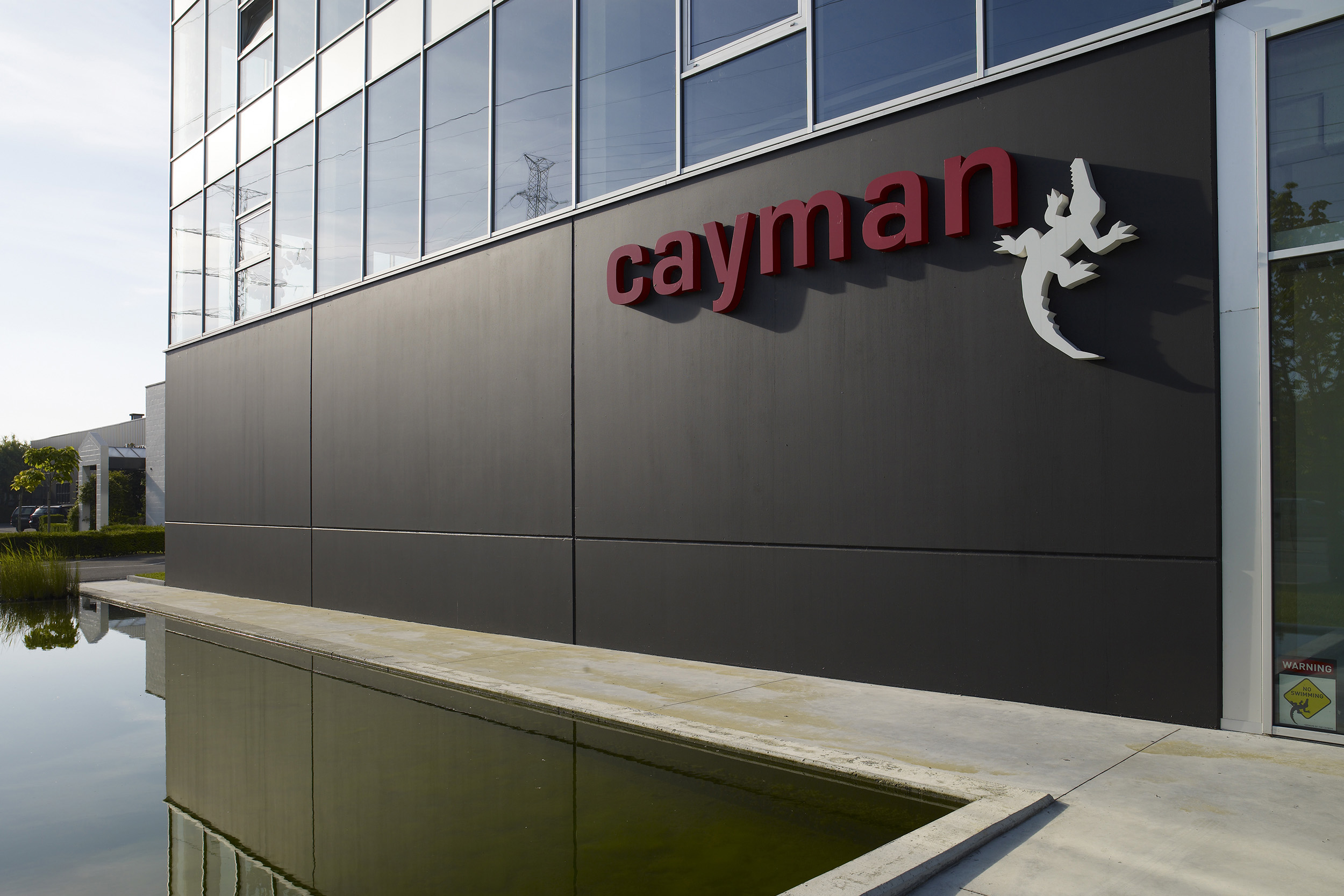 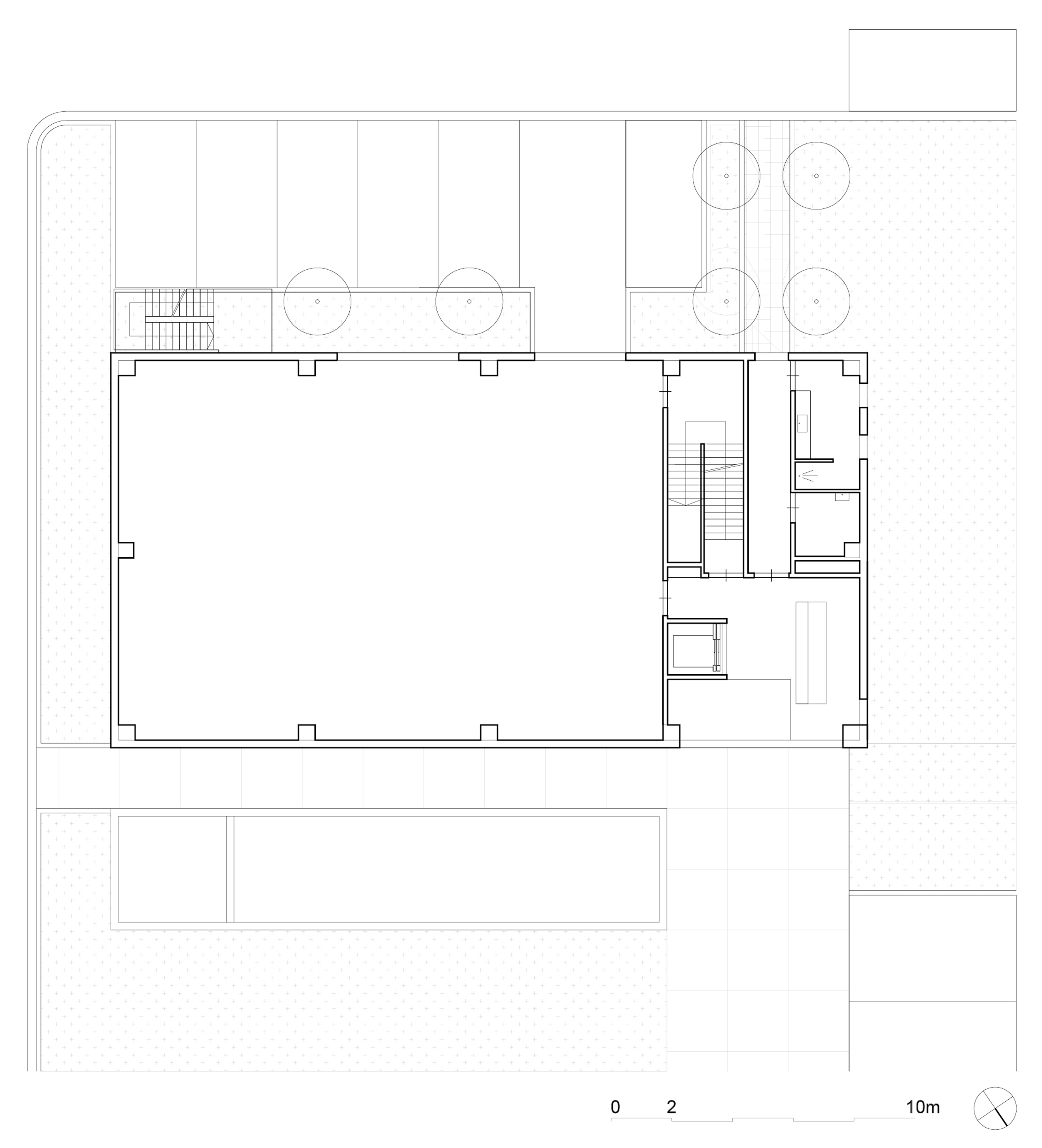 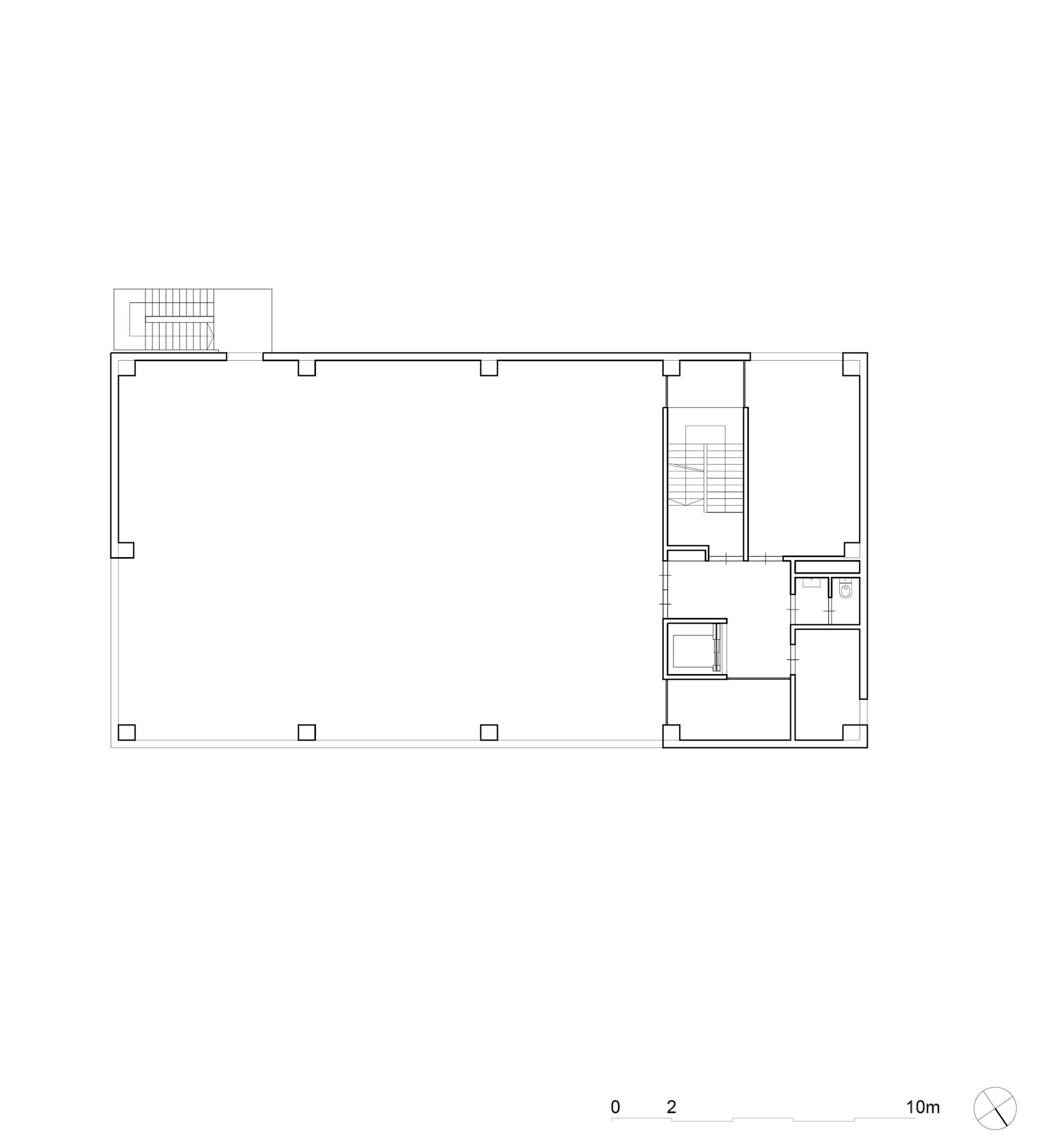 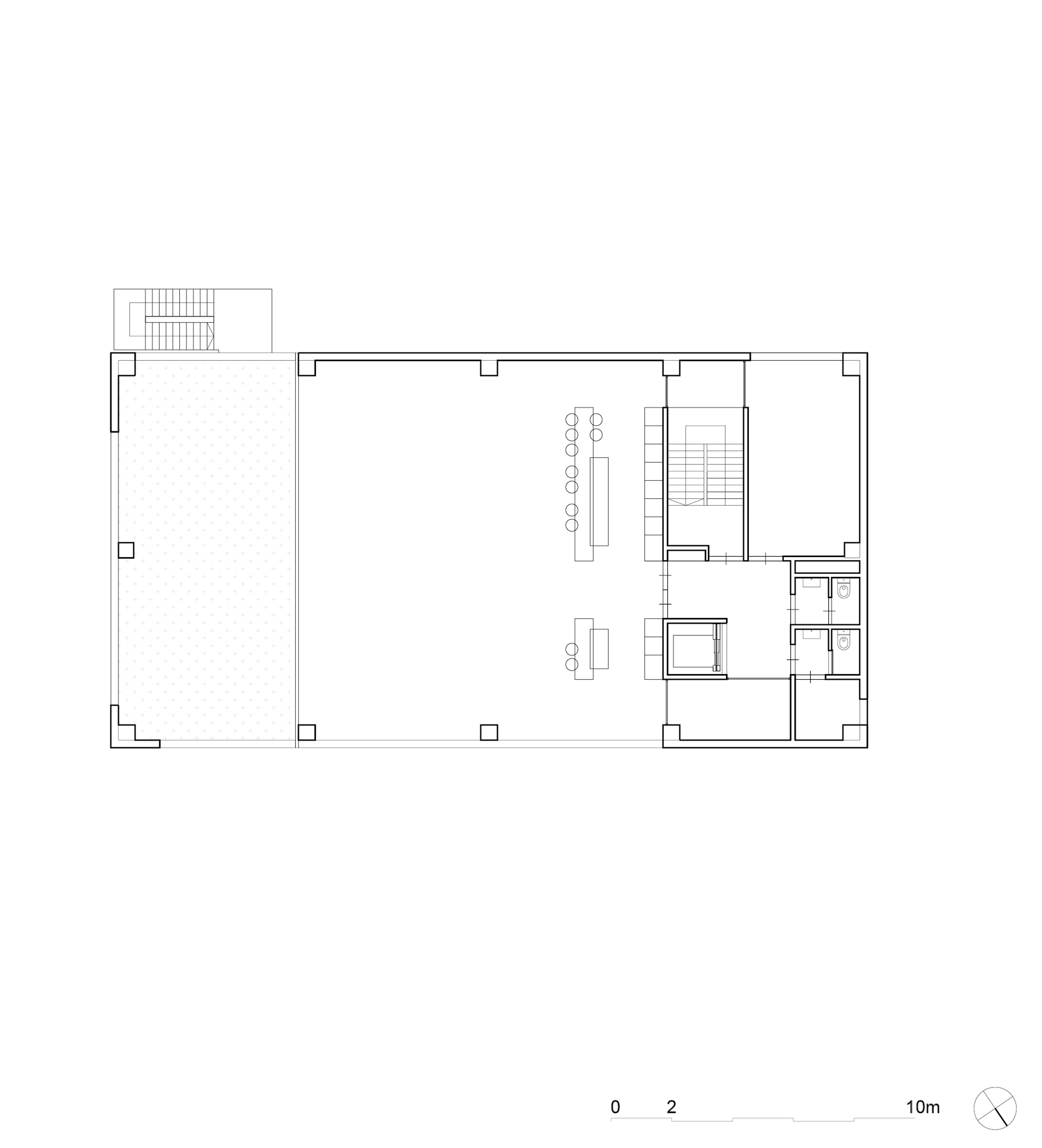 The project demonstrates a no-nonsense approach with a certain brutality in terms of materials and details. 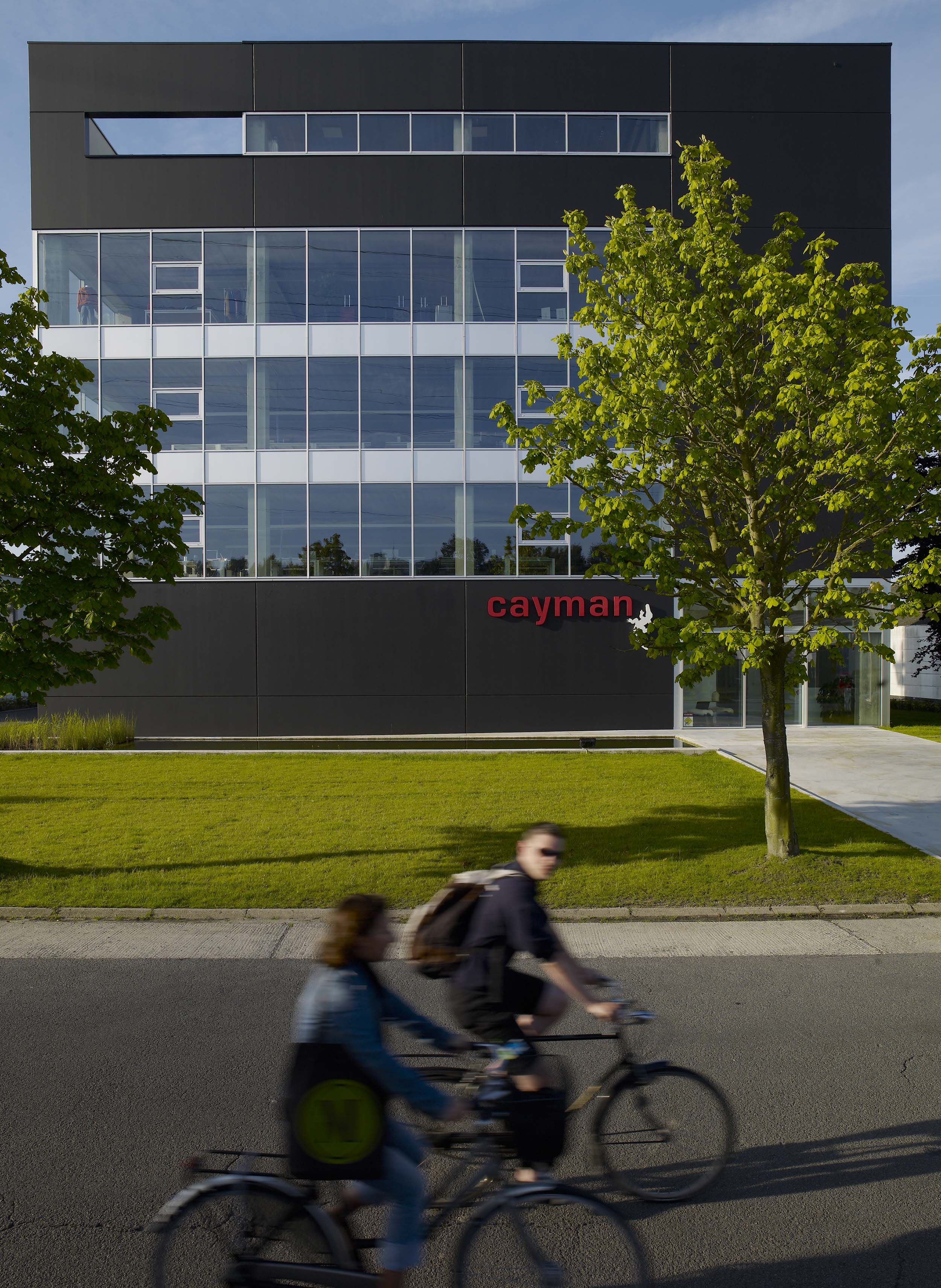 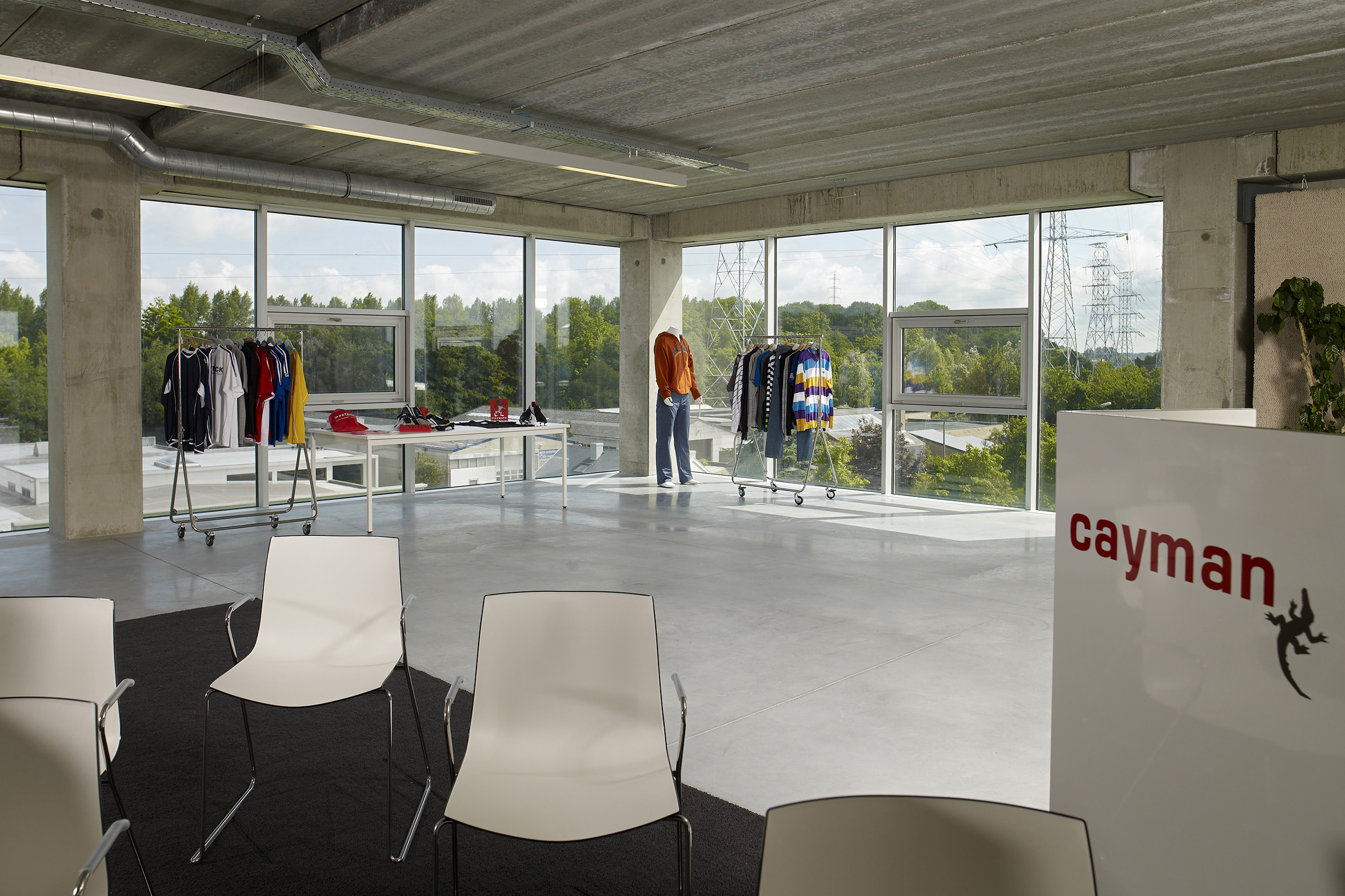 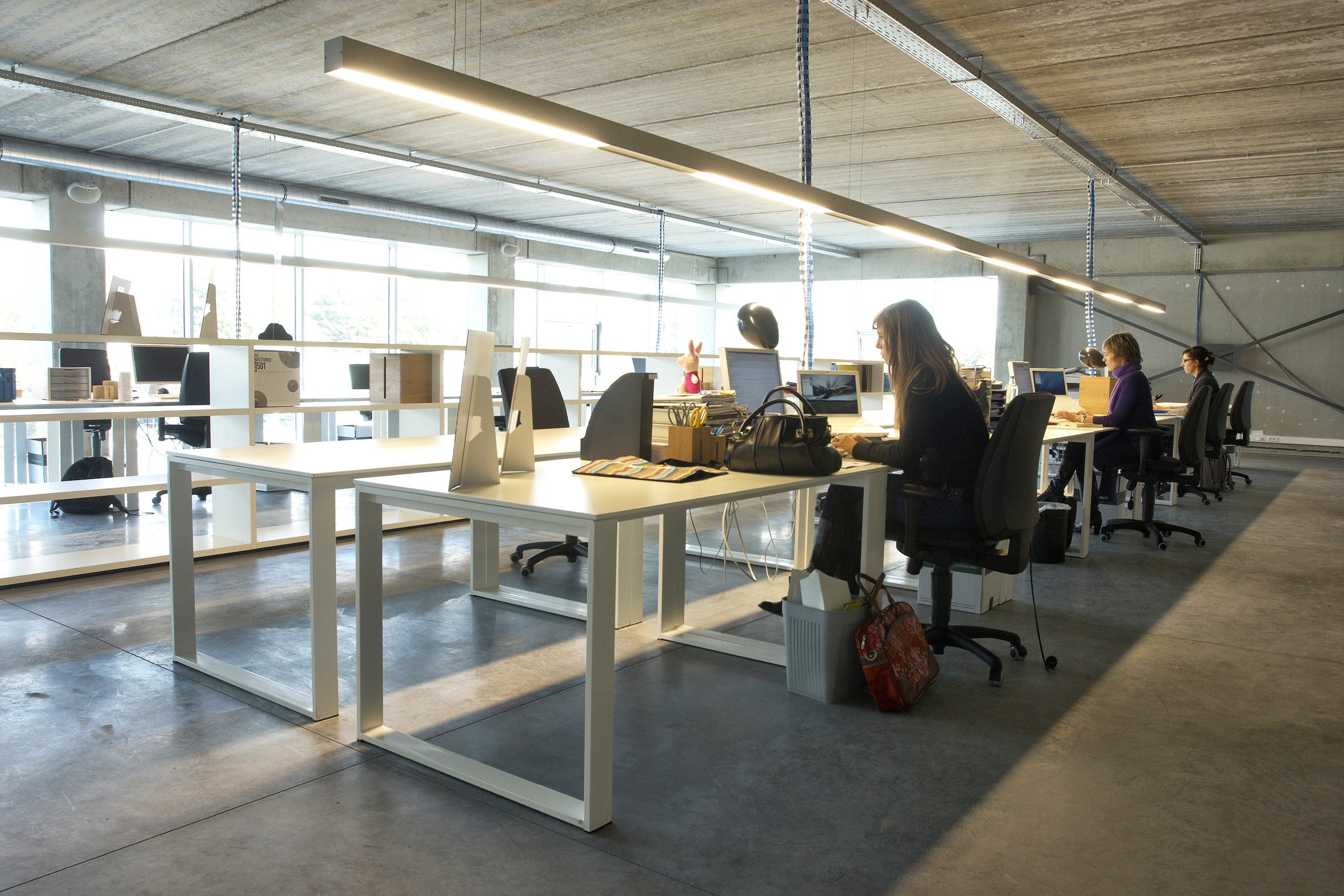 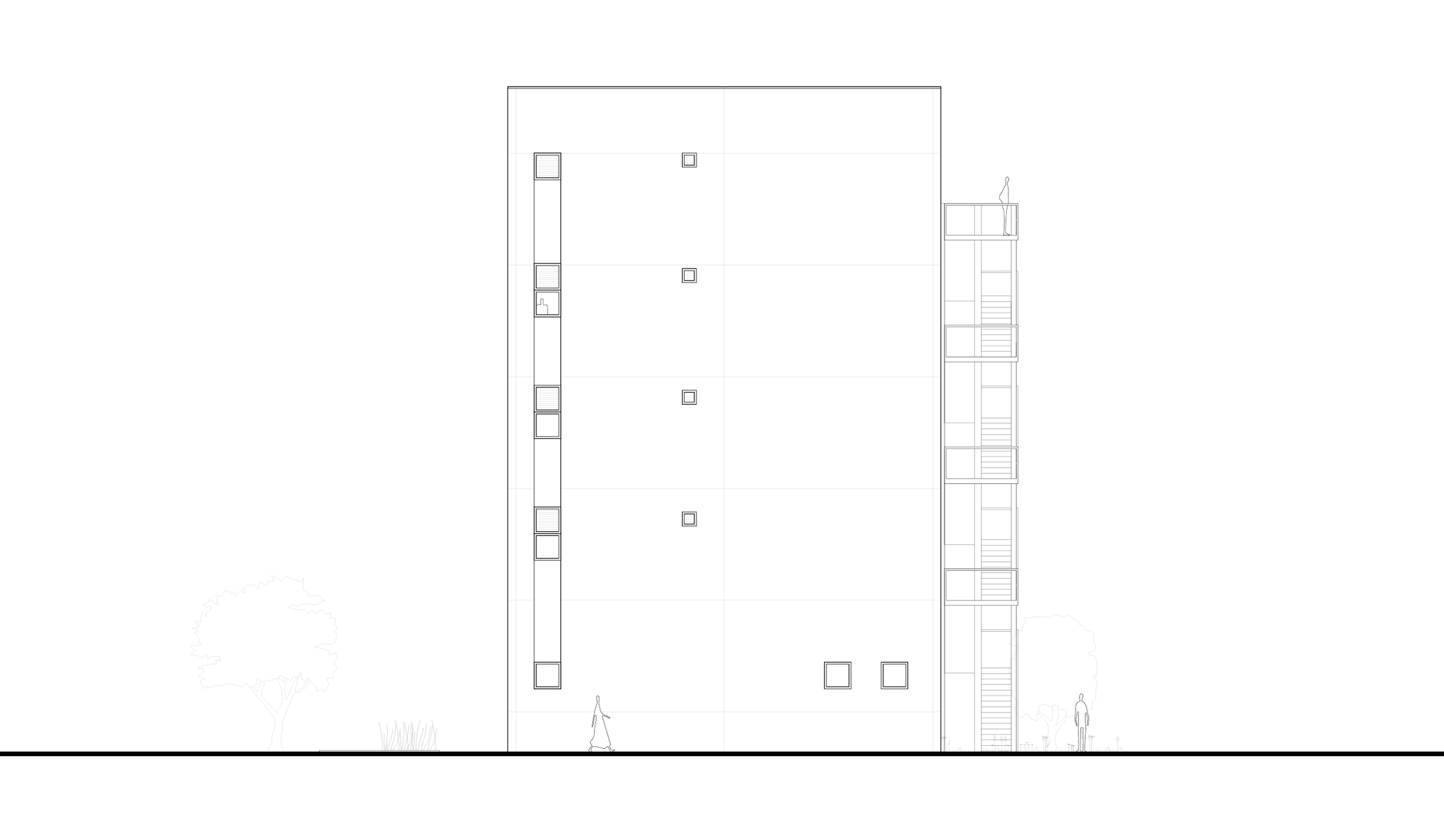 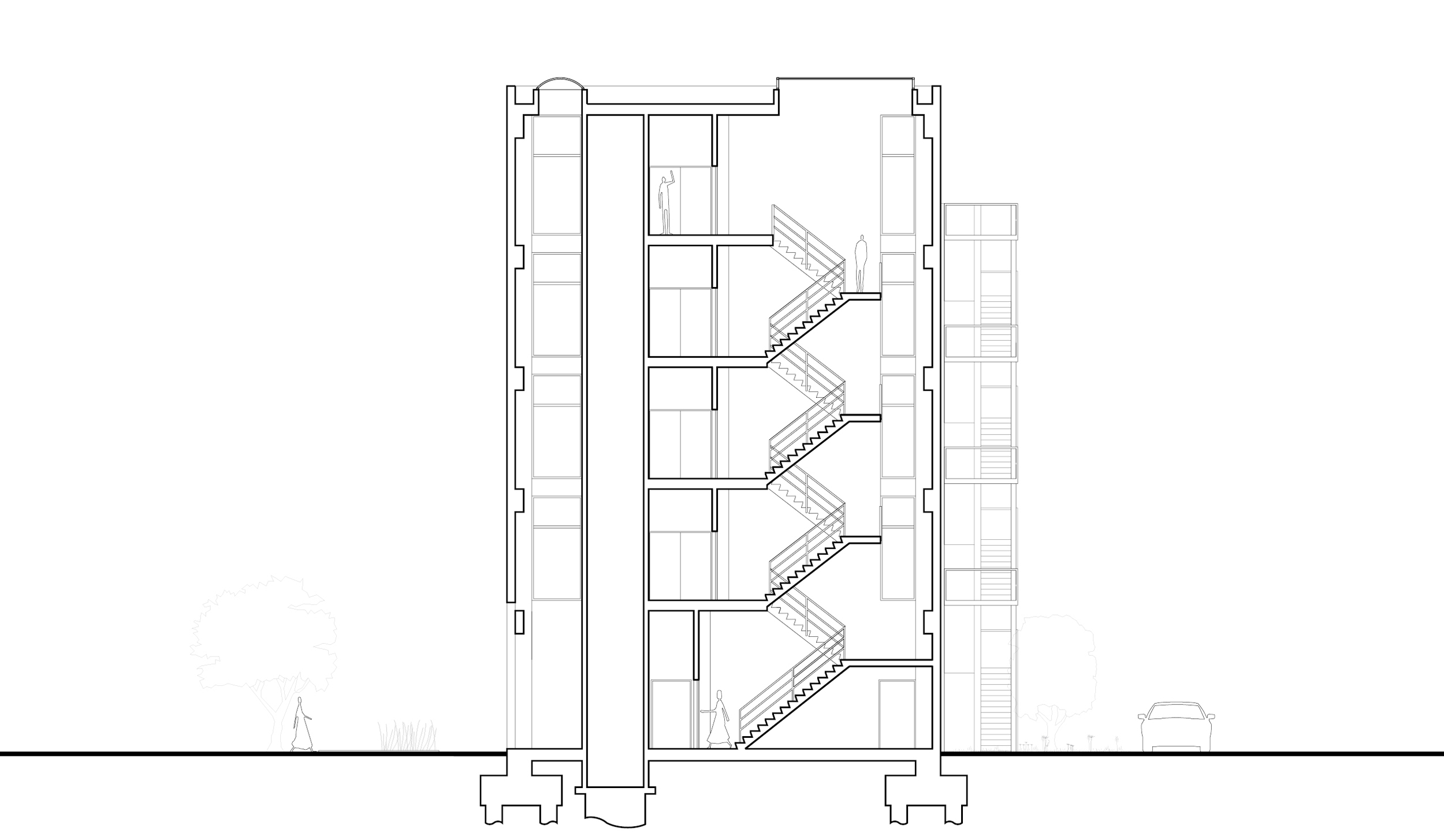 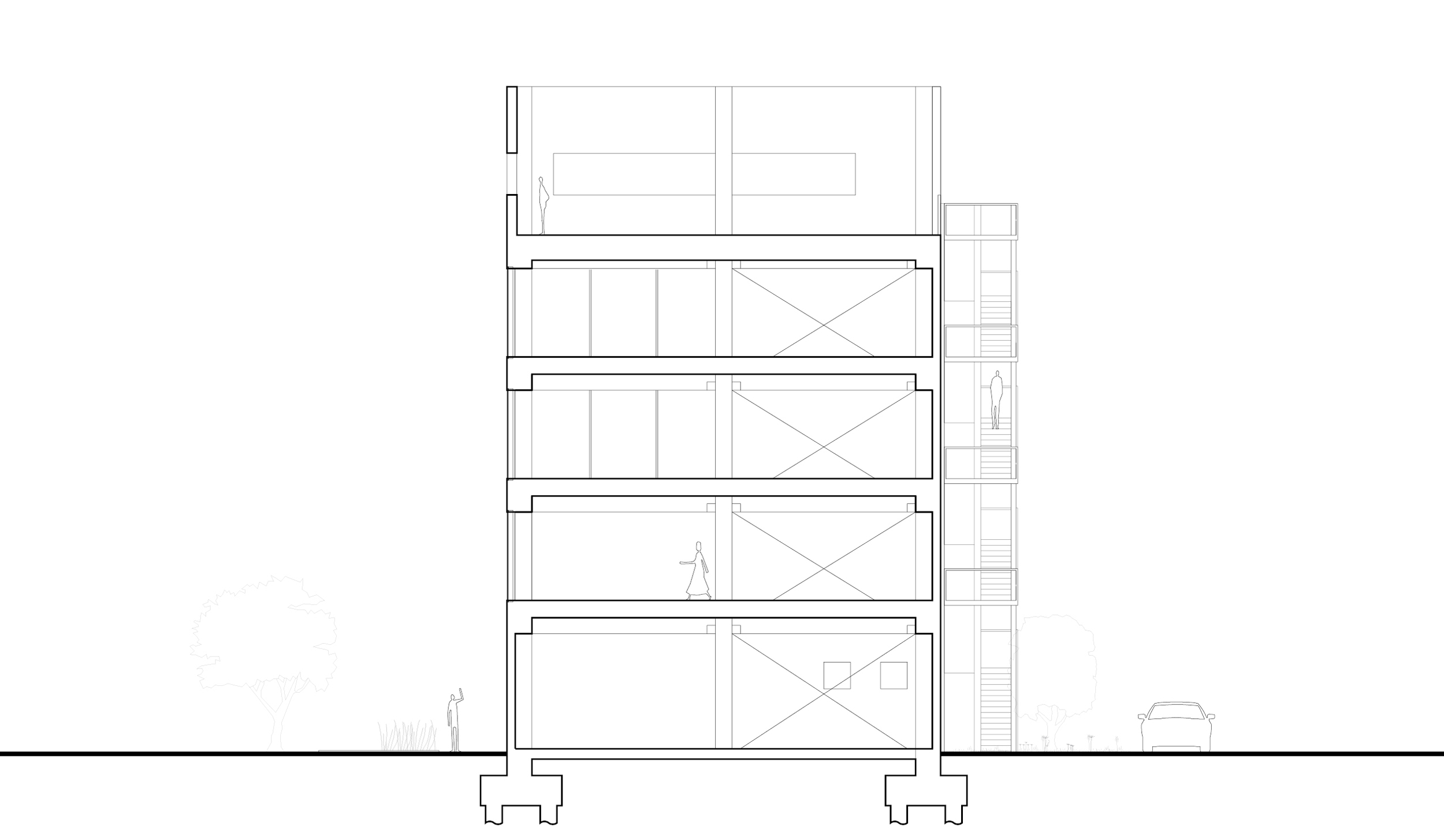 From the beginning different sustainability factors were taken into account. It was decided to use the capacity of the building’s mass and have a well-insulated building. 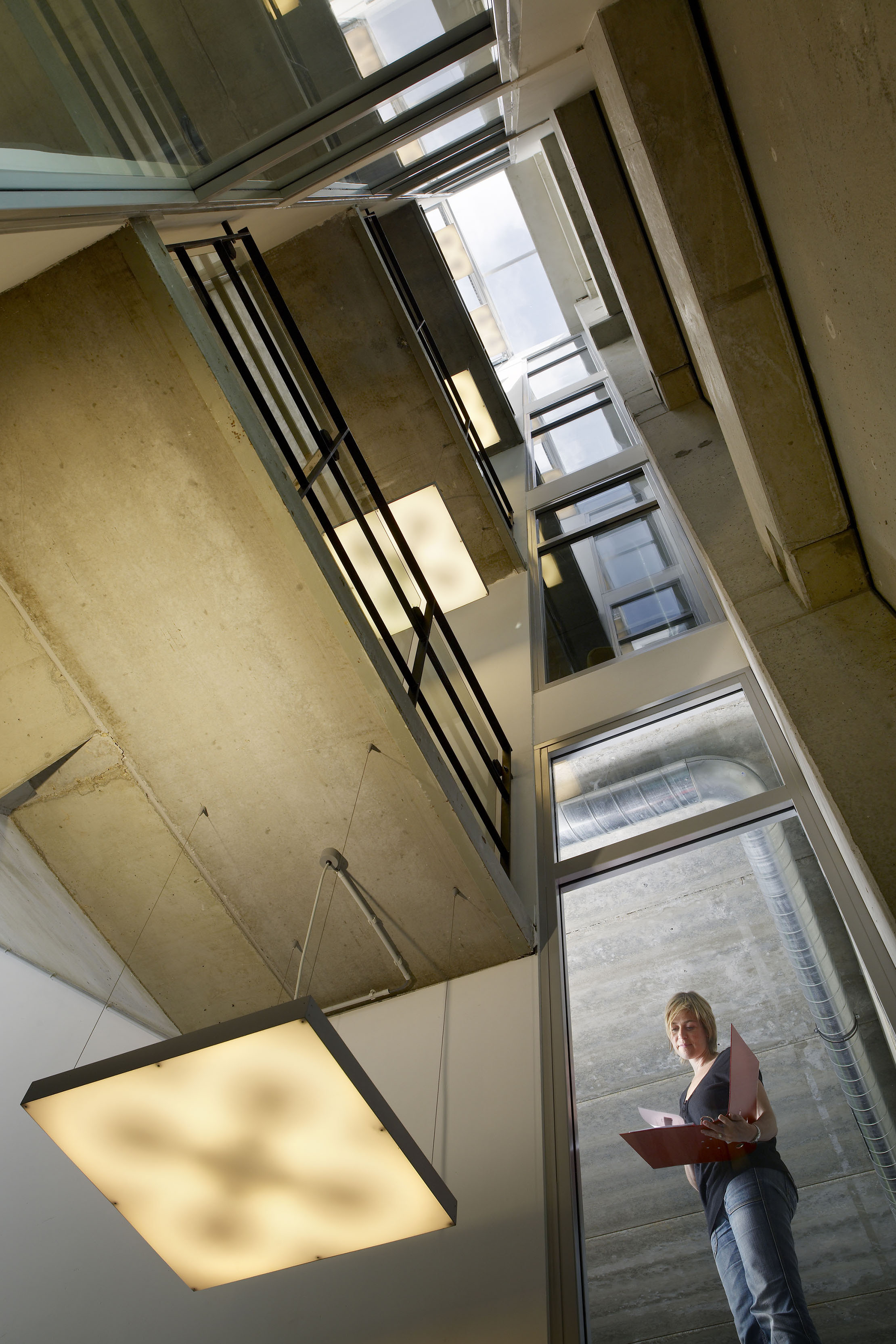 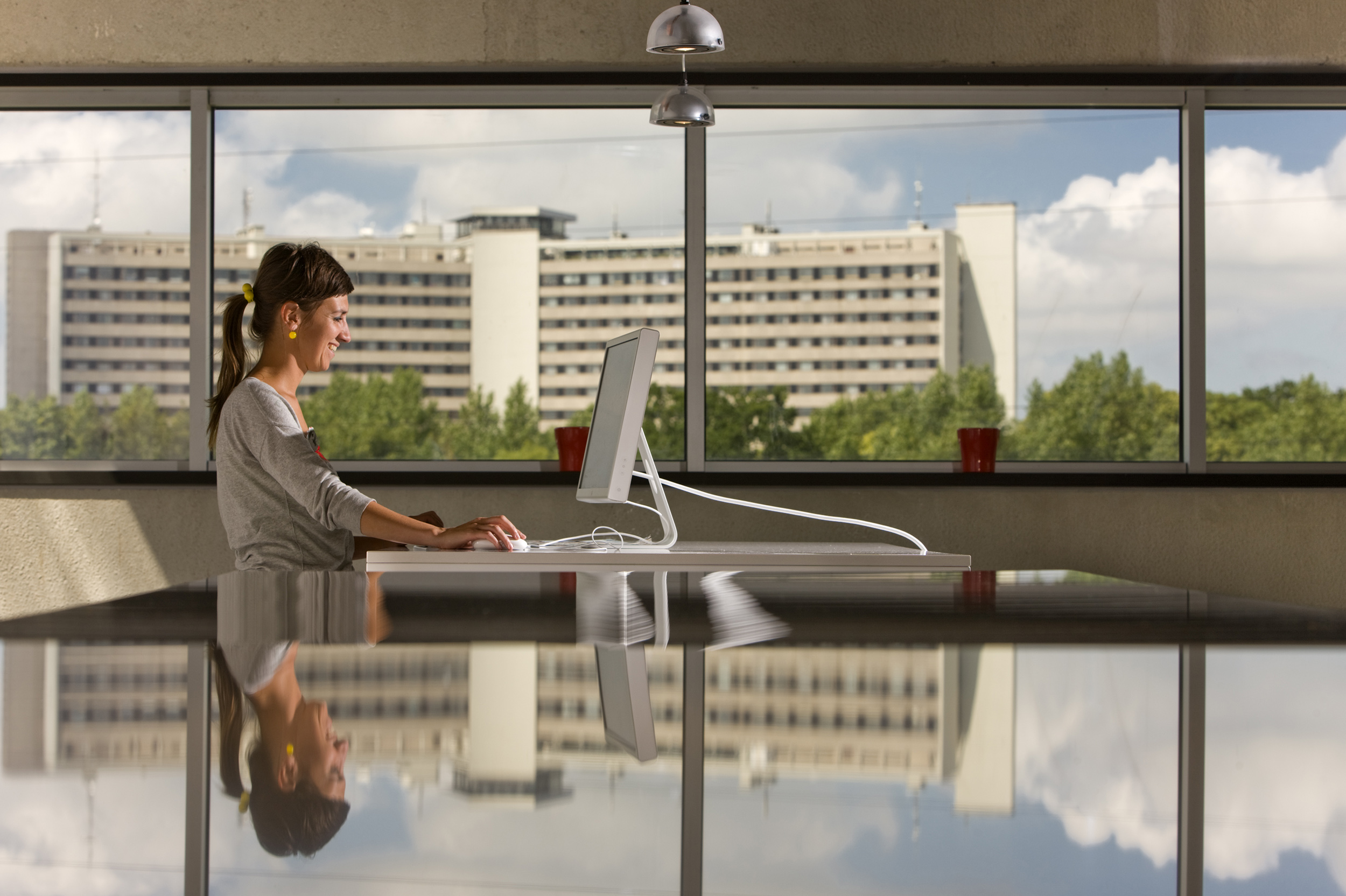 To counter overheating in the building during summer there was opted to have the majority of the windows facing north-east and the south façade completely closed. By constructing the building in concrete, there was the ability to choose for a free-cooling system. 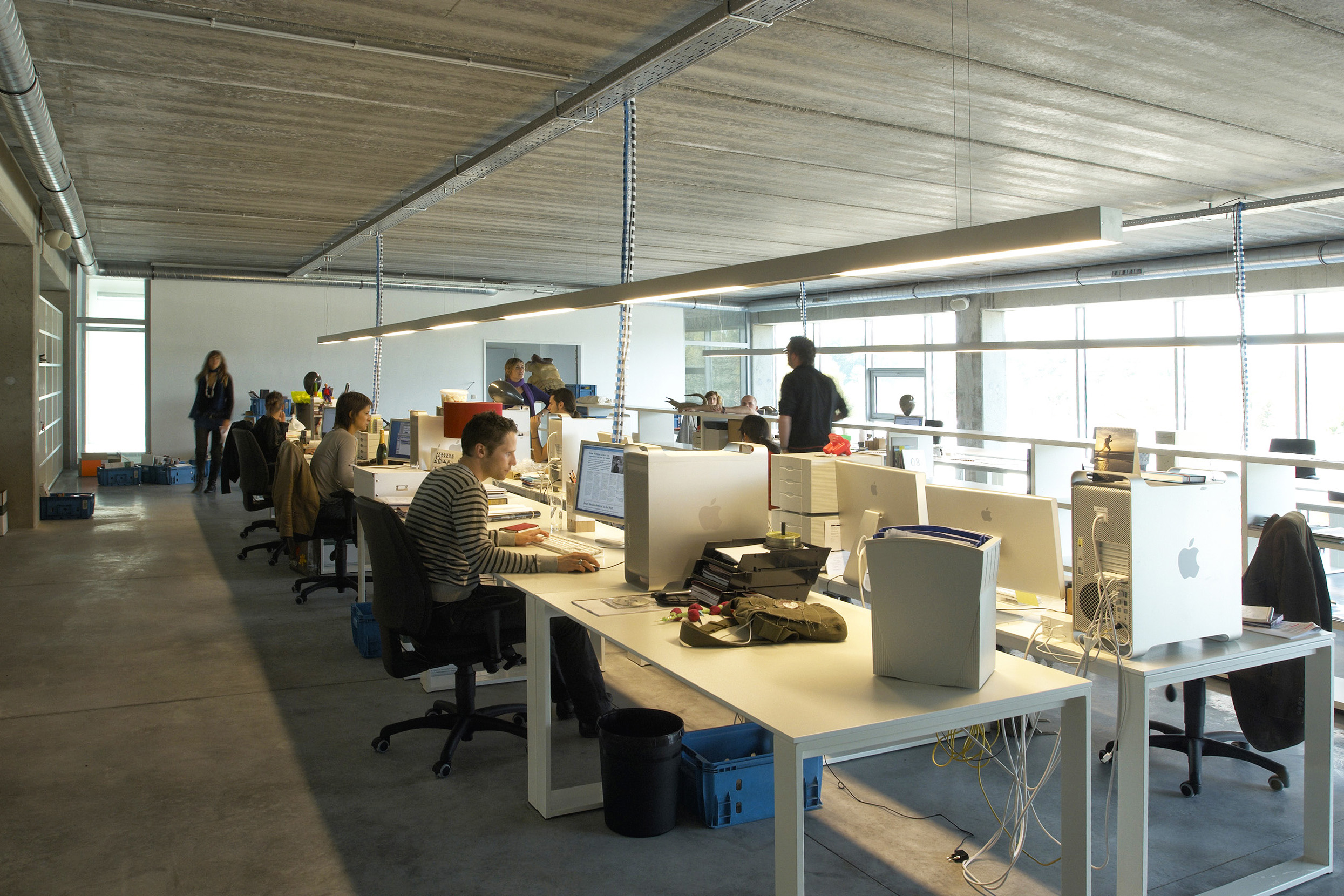 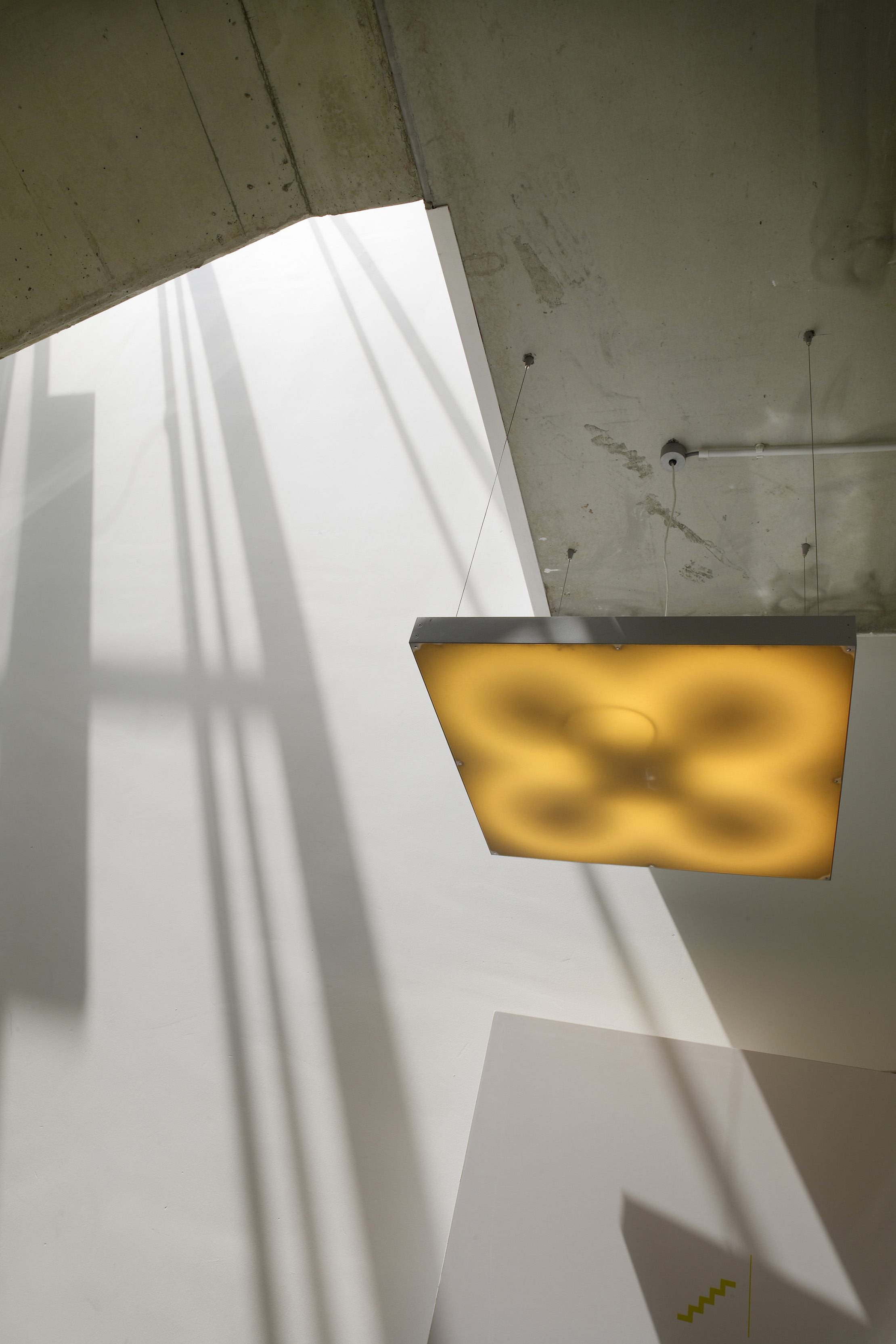 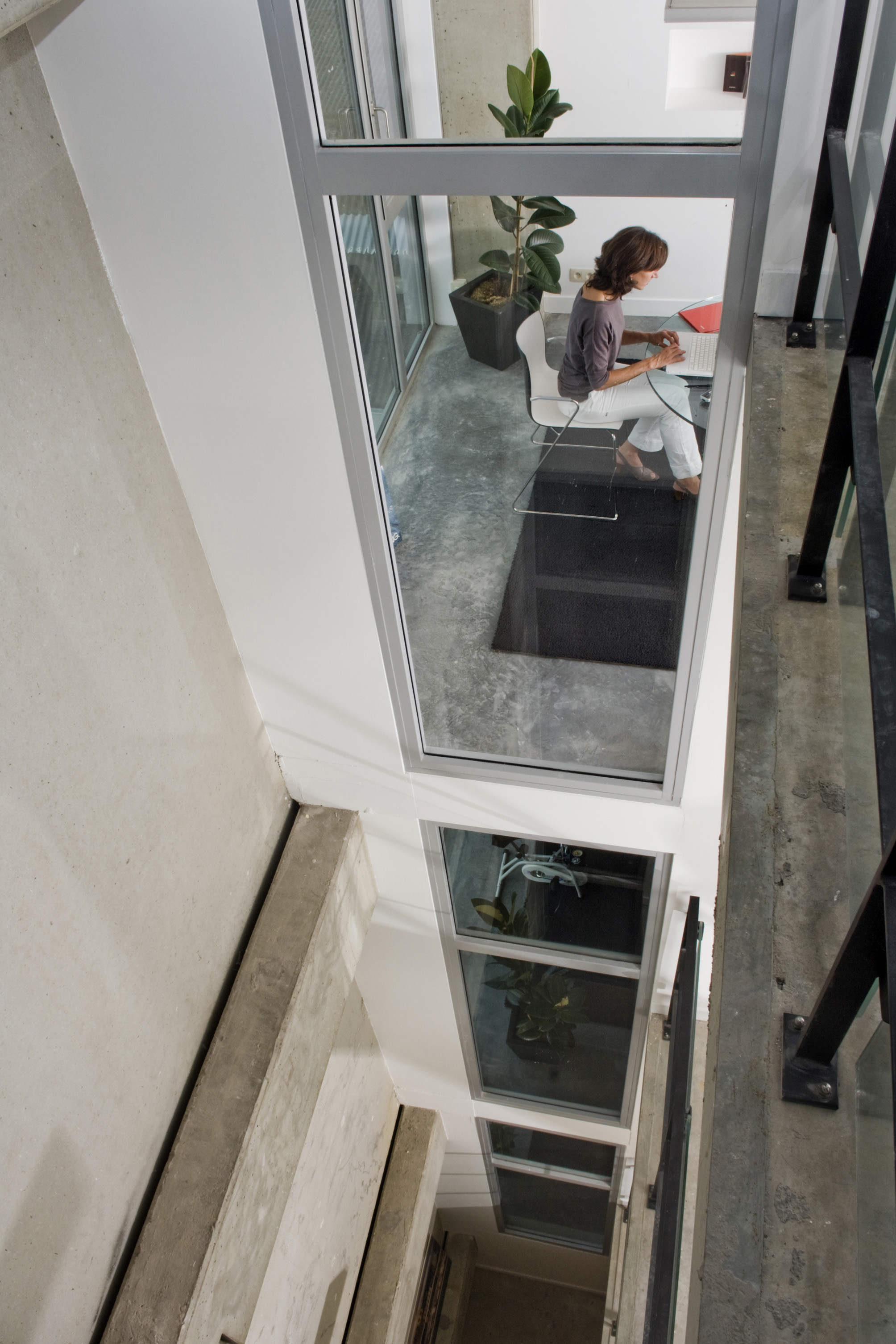 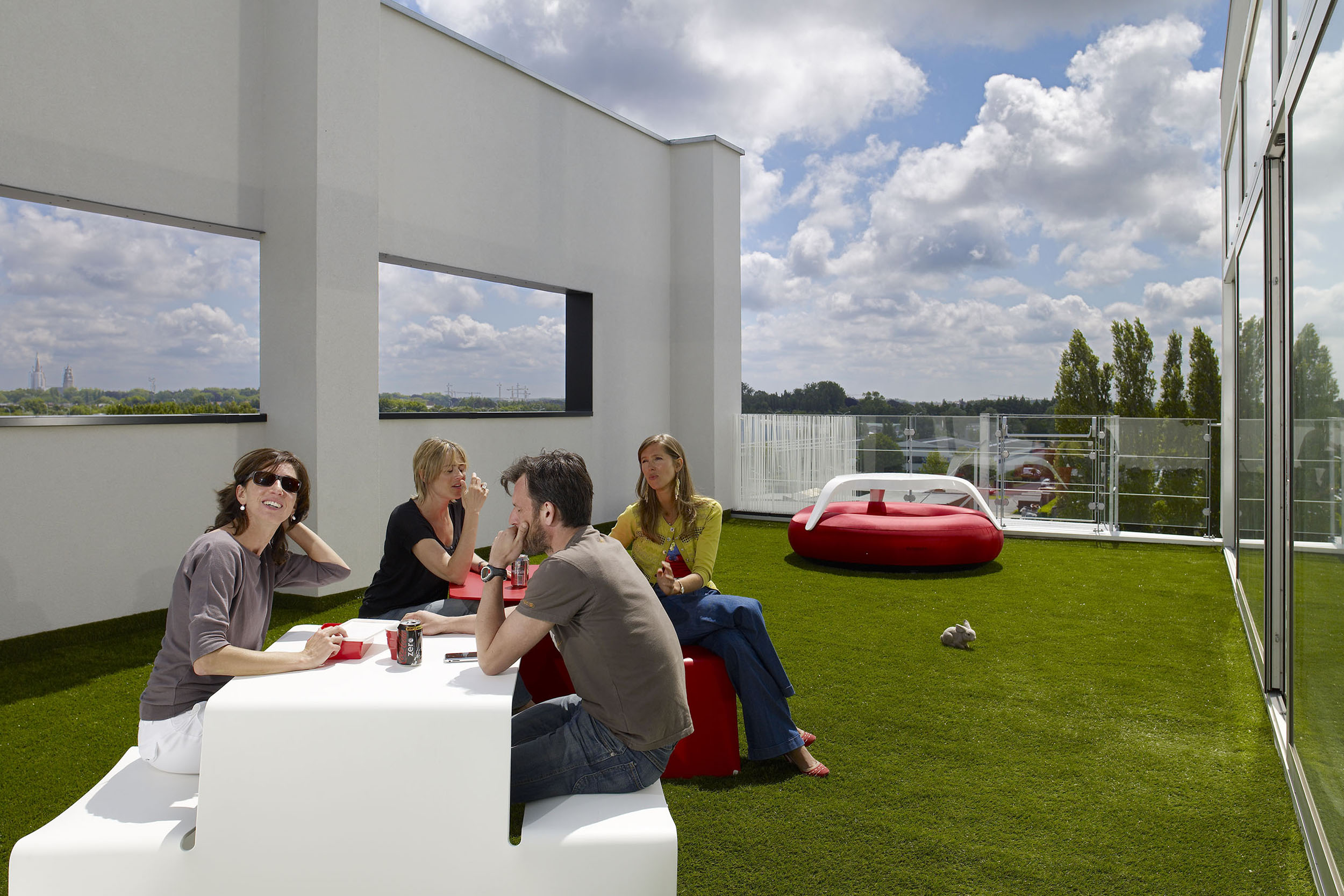 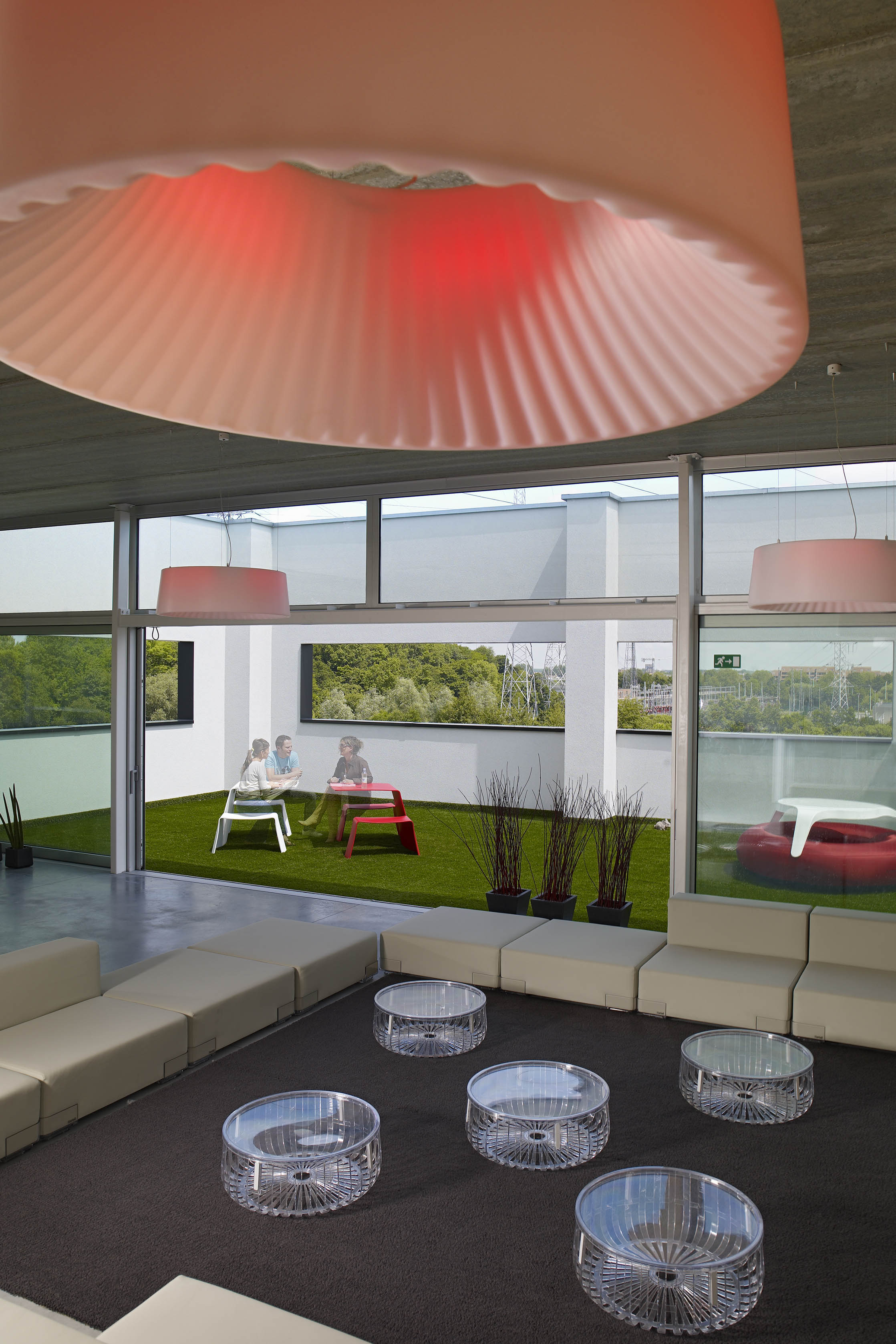 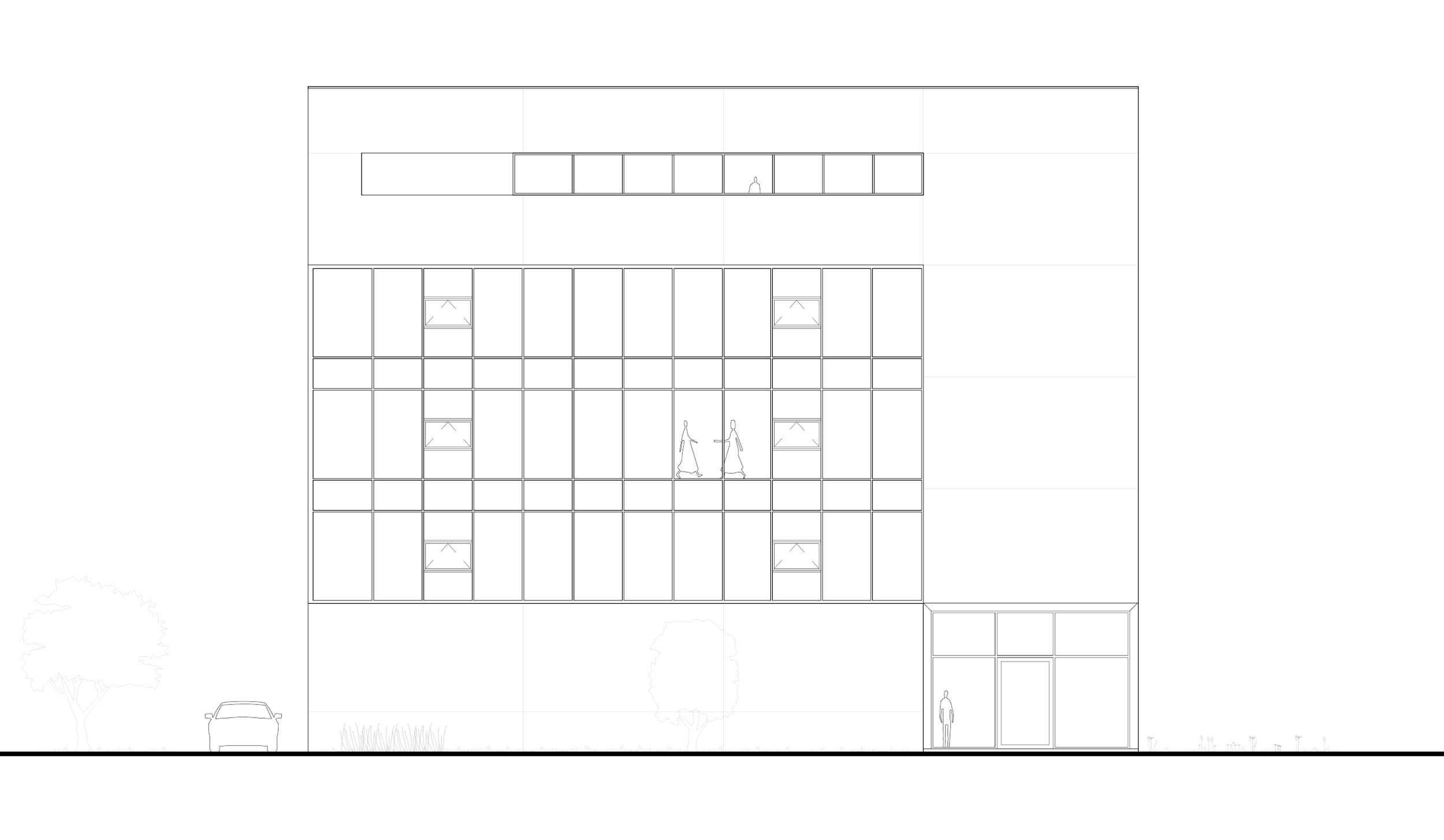 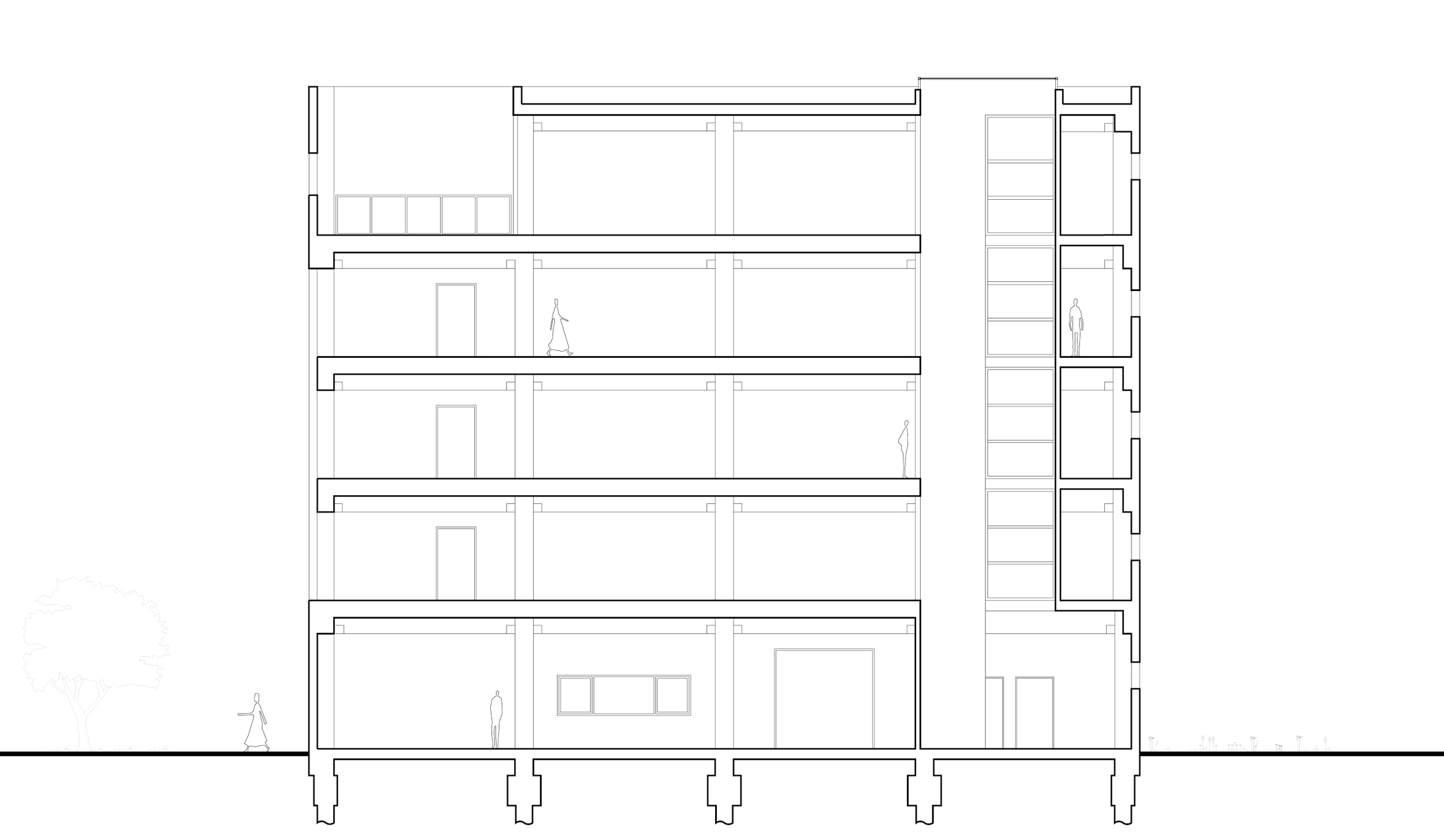